One person was killed and another injured when a snowboarder tearing down a backcountry slope in Colorado sparked an avalanche.

The deluge took place around 1 p.m. Monday when four snowboarders were pummeled by the avalanche slide near the summit of Berthoud Pass, a mountain about an hour west of Denver, officials said. Two of the riders were able to stay above the surface while the other two were “completely buried,” according to the Colorado Avalanche Information Center (CAIC).

Both victims were found, but a 44-year-old man was not breathing when he was pulled from underneath the snow, according to the CAIC. Live saving measures, including CPR, were taken, but were not successful, officials said.

The Grand County Sheriff’s Office said in a news release the man was pronounced dead at the scene. He hasn’t been identified by officials.

Brian Lazar, deputy director of CAIC, told The Post on Tuesday the avalanche was caused by one of the snowboarders riding down the slope that ultimately caught all members of the group.

“Avalanches often occur when one layer breaks on top of another layer so that’s what happened here,” Lazar explained. “… Sometimes avalanches will run spontaneously or we call them natural avalanches, they run all by themselves just from like a snowfall event, but often times a slope is just resting and waiting for something to come along and tip that balance, which is often a person.

“And so those are called human triggered avalanches and that is what happened here.”

This is the first avalanche-related death for the 2022-2023 ski and snowboard season in Colorado, CAIC reported.

“Our deepest condolences go out to the family and friends of the people involved in this tragic accident,” the center said in a statement. 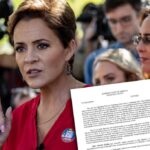 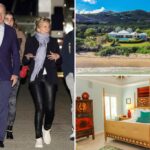