The grieving mother of Athena Strand — the 7-year-old Texas girl allegedly killed by a FedEx driver – shared a poignant video of her other younger daughter crying because she missed her “sissy” while she was visiting her dad.

Maitlyn Presley Gandy, 26, posted the short clip on Facebook this week of Rye sobbing for her sis on Nov. 27, when Athena was away.

“I kept telling her, ‘it’s okay, we will see sissy soon.’ not knowing how twisted our lives would become,” Gandy wrote.

“I took it because she does this anytime she thinks sissy is going somewhere without her. She cried for thirty minutes straight in the car until she cried herself to sleep,” she continued.

Gandy went on to say “monster” suspect Tanner Lynn Horner, 31, “has now extended those feelings for my youngest daughter indefinitely.”

She added in the heart-wrenching post: “Athena’s cousins on my side of the family had ot be told she’s never coming home again.”

Gandy included two photographs of the close sisters, one showing Rye looking at a smiling Athena and the other of the girls embracing each other.

She also shared a TikTok video showing Athena dancing in a pink dress.

“I drove around a bit today, everywhere I looked I saw shades of ponk. I’ve had tears, it’s a bittersweet feeling seeing all of the support for Athena’s legacy,” she wrote.

“I cannot thank everyone enough, but I hope y’all know, I see you and so does my Athena. I have to believe that or I will break. Athena sees us. And I see Athena in all of you,” the mom added.

Lynn Horner, 31, has been charged with capital murder and aggravated kidnapping after the girl was found dead in Boyd on Friday night.

Athena had been in the care of her stepmother when she was abducted by the driver, who was delivering a package to her home two days earlier, authorities have said. 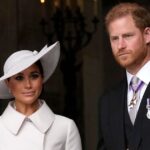 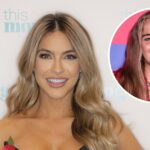