The father of one of the four murdered University of Idaho students said he hasn’t heard from the authorities investigation the killings since before before Thanksgiving Day — as cops insisted releasing more info on potential suspects could raise fears in the community.

“Well, we just had a vacation,” Steve Goncalves told Fox News on Saturday when asked when he last heard from investigators. “Law enforcement told me that they were going to drop off a little bit, and not to expect the same type of communication that I had gotten before to pass it on to another person.

“So basically, long story short, it was Wednesday 5 p.m. was the last time that they reached out to me. So yeah, that’s rough,” he said.

Goncalves’ daughter Kaylee, 20, was stabbed to death along with Madison Mogen, 21, Xana Kernodle, 20 and Ethan Chapin, 20, on Nov. 13 in their off-campus home in Moscow, Idaho. All four were students at the university and police believe they were killed in their sleep.

Goncalves said that when he does get updates from law enforcement, they are not particularly reassuring.

“They’re kind of just telling me that they can’t tell me much, which is frustrating to me because I’ve been very trustworthy,” he said.

Police, meanwhile, said they are purposefully keeping quiet publicly to not further scare the community.

If they were to release an initial profile of the killer, “it will potentially put more fear, more suspicion on a wide variety of people versus if we use that to really refine where we’re at in our investigation,” Idaho State Police communications director Aaron Snell told Fox News.

“And so if we just provide information to the public, I just don’t think that that’s going to be a wise choice,” Snell said.

Goncalves said his family has been doing everything possible to aid the investigation.

Police have yet to name a suspect in the killing, although they have ruled out a slew of possible perps.

Authorities also have not identified a motive for the slayings and have yet to locate the murder weapon, which they believe is a fixed-blade knife.

The grieving father said he would “like to share some things” with cops “that I found out on my own.”

But, he added, “They asked me to not do that. So we’re holding our tongue. 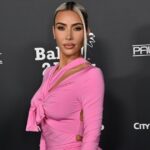 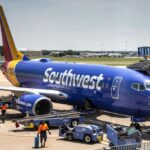