A joint funeral will be held at a local stadium this week for the two Connecticut cops gunned down after being lured to a home by a bogus 911 call.

A visitation for Hamzy will be held Wednesday starting at noon at the Lyceum in Terryville, the funeral home announced online. A wake for DeMonte has not been released.

The two veteran cops were ambushed Wednesday as they responded to a domestic disturbance call — only to be gunned down by Nicholas Brutcher, who was waiting outside with an AR-15-style assault rifle, police said.

A third officer, Alec Iurato, 26, was wounded in the exchange of gunfire.

The officers were lured to the home after receiving a fake 911 call, cops said.

Brutcher, 35, a beer-guzzling divorced dad with an affinity for guns, was shot and killed at the scene, while his brother, Nathaniel, was wounded and transported to the hospital.

The two brothers had gotten into a brawl at a local bar earlier in the night, but Connecticut State Police have yet to establish a motive for the slayings.

The cops were remembered as “remarkable men” at a vigil Friday. 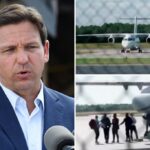 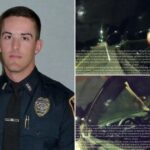