The holiday season is kicking into high gear, and the stars of Sister Wives are answering Santa Claus’ call to action. This Christmas may look a bit different for the Brown family, as the once-dedicated polygamous family has experienced a variety of personal setbacks in 2022 – nevertheless, the Browns know how to decorate in style!

Meri Brown, Kody Brown’s first wife and mother to Leon Brown, started her holiday celebration with a festive version of her “Fridays with Friends.”

“Merry Christmas Edition!” she wrote alongside a clip of her and her friend Jenn Sullivan taking a walk through their neighborhood as they admired all the decorations.

Meri announced her shocking split from the polygamous patriarch in December 2022.

In a TikTok Live in November 2022, Gwendlyn Brown – Christine Brown’s daughter – shared that Meri has a “chosen family” that she prioritizes. In fact, her close friends have been spotted throughout her social media posts, with Meri sharing photos of their travel adventures, workout classes and more.

Meri was not the only sister wife to celebrate the holidays in style. Christine, who is marking her second Christmas season since separating from Kody, took to social media to show off her seasonal decor — but not without cracking a joke.

On December 15, the mom of six shared that she was in the process of taking out her yearly nativity site decoration, however, the set of three figures was visibly forced into the box.

“Apparently there was also no room in this box,” she jokingly wrote in this caption, adding the hashtags, “no room” and “I couldn’t help myself.”

In the comment section, her daughter Gwendyn replied, “I asked Beatriz what this meant, and she immediately sang, ‘there was no room in the stable.’ We love being engaged to a former Mormon.”

Brown family patriarch Kody made it clear during the most recent season of Sister Wives to date that Christine was not on his list of priorities. In fact, he angrily told cameras that he never wanted to see his former wife again, quipping that Christine was “running away.” But if her holiday celebrations are anything to go off of, Christine is handling the adjustment in her personal life just fine.

Scroll down to see the Sister Wives stars’ Christmas decorations. 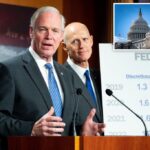 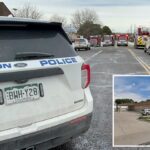