“I cannot figure out why I am so angry,” Kody, 53, told Christine, 50, in Us Weekly’s exclusive clip of the TLC show. “You’ve been in this place for a really long time and I’m just gradually getting clued in.” The businessman went on to claim that one of his and Janelle Brown’s children, Maddie Brown, said Christine was debating on leaving Kody well before she broke the news to him. The pair separated in November 2021.

“When you hear things through the grapevine there’s a whole other conversation you don’t get. You should maybe address the source,” Christine quipped, claiming that some of their children asked her, “Why are you staying? Why don’t you just leave?”

Christine then told Kody that their children noticed a change in the dynamics between the two of them, which is why they had questioned their mom about staying in a “loveless marriage.” The pair share six kids together: Mykelti, Paedon, Aspyn, Ysabel, Gwendlyn and Truely.

“They saw how separate we’ve been in Flagstaff. They also saw that Kody and I have been struggling for a long time,” Christine continued. “The kids were like, ‘It looked like in Vegas that you and dad weren’t very close anymore.’”

Robyn, 44, didn’t take too kindly to Christine’s timeline of her drama with Kody and challenged her version of the truth about their relationship. “In Vegas? That’s a lie,” she said. “I remember the conversations. I remember what was going on. I remember you guys having fun dates and hearing about that and seeing your guys’ relationship. So, either you guys were faking it in front of me … I don’t know.”

In a confessional, Christine admitted that she didn’t know “exactly why she’s [Robyn] saying that I’m lying,” and that she and Kody “did struggle in Vegas” and their kids “did say it.” Robyn, on the other hand, didn’t back down from her bold statement about the former spouses, saying in a confessional of her own that she and Kody were the only ones who said, “That’s not true,” about Christine’s recollection.

Christine announced she was leaving Kody in a statement posted to Instagram in November 2021. “After more than 25 years together, Kody and I have grown apart and I have made the difficult decision to leave,” she wrote. “We will continue to be a strong presence in each other’s lives as we parent our beautiful children and support our wonderful family. At this time, we ask for your grace and kindness as we navigate through this stage within our family. With Love, Christine Brown.”

Though the pair have been separated for nearly a year as of publication, fans are just now seeing the drama play out between Kody, Christine and the other wives on season 17 of the long-running series, including the moment Christine revealed the news to the other wives. “I just don’t want to admit or even accept the idea that it’s just whatever we had as a family is gone,” Robyn told Meri Brown.

In a previous episode that aired in September 2022, Christine admitted she was “not looking forward” to telling her fellow sister wives about the breakup. “I don’t want to burn bridges at the end of this,” she told Kody. “Some relationships are going to be fine, some are not going to be fine.” 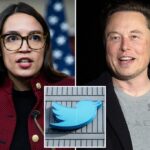 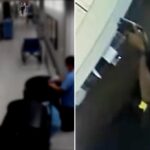