“I’m so happy my boys are finally here and we’re all doing well,” Mykelti, 26, told the outlet. Tony added, “I’m glad my sons have finally come to play!”

The arrivals of Archer and Ace transform the family of three into a squad of five. Baby boys Padron join the happy and healthy mom, dad, and sister Avalon, born on April 5, 2021.

Mykelti took to Instagram in June to announce that she and Antonio were expecting twin boys around Thanksgiving.

“Tony and I definitely weren’t planning this or expecting it,” the Utah-based star wrote. “But we’re both excited for our upcoming adventure and all the chaos and love it brings.”

Mykelti continued to post pregnancy updates on social media, sharing around the seven-month mark that the twins were making life significantly uncomfortable – an experience most if not all expecting moms can relate to.

“Honestly [it’s] not fun. Both boys move so much and all over the place,” the TLC star shared in the candid post. “And moving is getting hard and sometimes painful,” she continued, before reassuring fans that the twins were “well and healthy.”

All while cooking two buns in the oven, Mykelti sang her daughter’s praises. The relatively new mom shared that raising a child while pregnant was no easy feat, and she acknowledged that introducing the newcomers into the family would mean even less time with Avalon. Despite the challenges, however, Mykelti made it clear that creating memories with her toddler was her priority – the mother-daughter duo even climbed a rope bridge when Mykelti was 27 weeks along.

Fans are watching the fallout of her parents Christine, 50, and Kody’s split play out on season 17 of the family’s hit TLC series, Sister Wives. As In Touch previously reported, Christine announced her divorce from Kody, 53, in November 2021 and on the Sunday, November 20 episode, Mykelti arrived to help her mom move from the Brown family’s home base in Arizona to Utah.

Before Christine’s big move, Mykelti gathered the Brown family in an attempt to ease the tension. “I think this is probably something that’s one of the hardest things that this family is going to have to go through, but I think that it’s awesome that we could all be here to show that at the end of this all we are still a family,” she said. 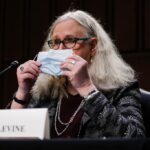 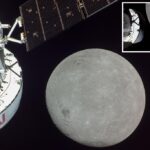