Doomed for the start? Sister Wives stars Kody Brown and Meri Brown confirmed their split after more than 30 years of marriage in December 2022. However, their marriage had been on the rocks since 2015.

Meri, 51, confirmed that their marriage is over during the December 18 tell-all special Sister Wives: One on One.

After a clip from season 17 showed Kody, 53, admitting he didn’t “consider” himself married to Meri anymore, the Lizzie’s Heritage Inn owner told host Sukanya Krishnan that the Brown patriarch “made the decision” to end their relationship.

Meri went on to note that the pair began to work on their fractured relationship after moving from Las Vegas, Nevada, to Flagstaff, Arizona. “Even since being in Flagstaff, he has led me to believe that he was trying,” the reality star told the host. “You know, our first anniversary that we had here in Flagstaff, it was ‘Cheers to a new beginning,’ as opposed to this last anniversary he’s like, ‘I don’t even know why you called me Meri.’ He’s like, ‘We’re not married. We’re not acting as married.’”

Following news of their split, a source exclusively told In Touch that Meri “never had the upper hand” in their marriage.

“He’s never really had her back,” the insider explained of how Kody treated the mother of one. “She should have left him a long time ago, way before the other wives did.”

The source added that Kody made the decision to separate by himself. “We all thought Meri was going to hang in there with Kody, and she would have,” the insider said. “But apparently, he’s the one who wants to move on.”

The former couple tied the knot in 1990, making Meri Kody’s first wife. They divorced in 2014 so that he could legally marry his fourth wife, Robyn Brown, in order to adopt her children from a previous relationship. Despite their legal separation, Kody remained spiritually wed to Meri. In addition to Meri and Robyn, Kody was also spiritually married to his second wife Janelle Brown and his third wife Christine.

Meri is the third wife to separate from Kody. While Christine announced she left the father of 18 in November 2021, In Touch broke the news that Janelle, 53, ended her relationship with Kody in December 2022.

Keep scrolling to see everything Kody and Meri have said about their split. 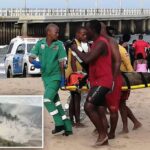 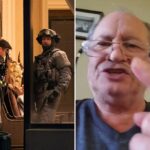