Sharing her side. Sister Wives’ Meri Brown reacted to the apparent backlash she has received from fans for not leaving husband Kody Brown following his split from former sister wife Christine Brown.

“As the news about Christine leaving has been more public and has spread, you know more and more people know about it, it shocks me how mean people are,” the Lizzie’s Heritage Inn owner, 51, said in a teaser clip for the Sunday, November 27, episode. “These people, like, come at me, and they’re just like, ‘Why can’t you be strong like Christine?’ ‘Why don’t you leave Kody? He’s such a blah, blah blah,’ like the whole list of things that they say about Kody. It frustrates me because, you know what? Christine has her own value regardless of Kody. I have my own value regardless of Kody.”

Meri’s comments come shortly after countless Instagram users have expressed their opinions to the TLC personality about her marriage to Kody, 53. In a November 12 Instagram selfie, the reality TV star noted she was “excited to go home” after going on “fabulous adventures.” In response, however, fans flooded the comments section to slam Meri for her words.

“None of it rings true when you stay tied to a man that says he doesn’t love you,” one social media user wrote. “You were able to be gone for 23 days because no one was waiting for you to come home. Let that sink in,” another weighed in.

Several other commenters also brought up Christine, 50, and her decision to leave Kody.

“It’s funny how you post on your [Instagram Stories] that you choose to walk away because you ‘want peace,’ but when Christine wants to walk away to achieve her own peace, you, Robyn and Kody attack her,” one fan wrote, adding, “The way you, especially you, treat Christine is disgraceful and hypocritical,” whereas a separate person chimed in, “Your Instagram persona doesn’t match the one on TV. I just hope that the real Meri is the one thriving and living her life to the fullest. The same way Christine is living hers.”

During the November 13 episode of Sister Wives, Christine confessed to Robyn Brown and Meri that she needed “space” from them as well as Kody following her split from the businessman and her subsequent departure from the plural family.

“As far as the relationships with the other adults, I think Janelle and I are super close,” the Cooking With Just Christine star explained in one scene. “But I’m not that close with the rest of you. And for right now, I need it that way.”

During a confessional, Meri noted she wanted to just “stand up and leave” after hearing Christine say that.

“She doesn’t want to work on anything,” the LuLaRoe retailer said. “I have seen her nonacceptance of Robyn, and I have seen her disdain for me through the years. As much as it hurts me, I’m glad to see where she actually stands.” 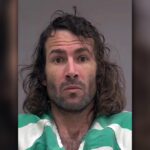 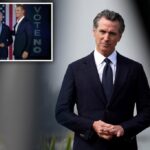