Putting it all out there. Meri Brown returned to social media with another cryptic post after she confirmed Kody Brown ended their spiritual marriage during the Sister Wives: One on One tell-all special that aired on Sunday, December 18.

The TLC personality, 51, wrapped up her post with an inspirational message, telling followers, “Find your courage. Find your strength. Know who YOU are and don’t let them tell you any different. Worthy Up, Sister!”

While some fans wrote in the comment section that they are “so proud” of Meri and “so happy” that she and Kody, 53, are no longer together, many fans called out the Lizzie’s Heritage Inn owner for the hypocrisy of her caption, recalling the way she treated Christine Brown after she announced her and Kody’s split on Instagram in November 2021.

“So wait though…what exactly is your issue with Christine ‘doing her own thing on her own terms, finding courage and strength????’ Lol come on girl, practice what you preach,” one Sister Wives fan wrote, while another added, “But yet you judged Christine so harshly when she was doing ‘her own thing’ [and] you didn’t see her ‘worthy’ either. Take your own advice!”

The ongoing tension between Christine, Meri and Kody – as well as second wife Janelle Brown, whom he spiritually wed in 1993, and fourth wife Robyn Brown – was documented during season 17 of the long-running TLC series. Fans watched the lead-up and aftermath of Christine and Kody’s split play out on-camera.

During the Sister Wives: One on One tell-all, Kody revealed he was considering reconciling with Meri after she gave him “a really cool present” for this birthday prior to his and Christine’s split. However, he suggested that the Cooking With Just Christine star, 53, stopped it from happening, noting that “there’s something wrong in the relationship between Meri and Christine.”

Shortly after news of Meri and Kody’s split made the rounds, an insider exclusively told In Touch that Meri “never had the upper hand” in their marriage. “He’s never really had her back,” the source explained of how the businessman treated his first wife. “She should have left him a long time ago, way before the other wives did.”

Though Christine was the first to leave the polygamous patriarch, Janelle, 53, later followed suit. In Touch exclusively broke the news on December 9, with a source exclusively revealing that the Plexus ambassador had “outgrown” her marriage. Meri’s confirmation of her and Kody’s separation means he’s down to one wife, Robyn, 44, who once admitted she only wanted plural marriage with Kody, not monogamy.

Kody and Meri legally wed in 1990 and remained married until divorcing in 2014 so he could legally marry Robyn – whom he spiritually wed in 2010 – in order to legally adopt her three children from a previous marriage. They remained spiritually married until their December 2022 breakup announcement. 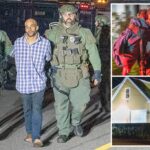 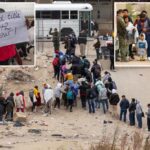