While answering fan questions via Patreon about Paedon’s explosive three-hour tell-all interview with John Yates on January 11, Gwendlyn, 21, opened up about her childhood and what growing up around the Lizzie’s Heritage Inn owner, 52, was really like. “[Meri] was scary as a kid but she never attacked me and I only saw her violent once,” she alleged, according to multiple reports. “That was all a long time ago.”

The YouTuber elaborated in another comment, claiming, “Meri had moments where she was rude and scary but I don’t remember her getting physical with anyone except for Mykelti and that was only once. I believe that everyone deserves a second chance … I don’t know anything about saving anyone’s life, honestly. She was met with more dislike than anything…”

The TLC personality’s latter comments are referring to Paedon’s statements about Robyn Brown, whom he alleged was in an “extremely abusive relationship with her ex” and was able to “see the signs” of others being abused.

“I can never hate Robyn because she opened several eyes,” Paedon, 24, said during his interview. “Robyn probably saved several of our lives. Not definitely but probably, maybe. Definitely saved Mykelti’s life.”

During his interview, the National Guard graduate also claimed that “abrasive and kind of mean are not strong enough words” to describe the LulaRoe seller. Throughout their polygamous marriage, Meri, Robyn, Janelle Brown and Paedon’s mom Christine Brown considered themselves mothers to all of Kody Brown’s 18 children.

“They are not aggressive enough words,” Paedon said, claiming, “Meri was not nice … Abrasive is not enough of a word to explain what Meri was to a few of us children specifically.”

When asked if the “abrasive” behavior “moved past verbal,” Paedon alleged, “It moves so far past verbal. Verbal basically stopped existing.”

Though Meri – who confirmed via Instagram on January 10 that she and Kody “terminated” their marriage after nearly 33 years together – has yet to address the allegations publicly, she broke her silence after a short social media hiatus amid her and Kody’s split announcement.

“Spent birthday #52 with a couple of my favorite people in the world. Many laughs, lots of good conversations, and tons of good food!” Meri, 52, wrote in part on Instagram on January 16. “On days like these, I’m reminded again of the humanity of people with good and honest hearts, the friends who have your back and stand up for you, and general goodness in the world.”

Reps for Mykelti, Paedon and Meri Brown did not immediately respond to In Touch’s request for comment. 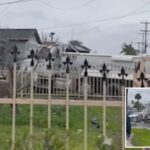 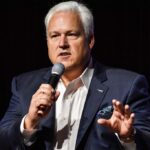