Kody’s concerns. Sister Wives star Kody Brown claimed that his wife Janelle Brown is “rejecting” him for his ex-wife, Christine Brown, amid their split.

During the Sunday, November 20, episode of the TLC show, Kody, 53, explained that he always wanted his four wives to “have close relationships.”

However, he admitted he currently feels distant from Janelle, 53. “I’m begging Janelle for a closer relationship,” Kody said, adding that he “feels like [Janelle’s] rejecting that and just choosing to have one with Christine.”

Also during the episode, Janelle and Christine, 50, spoke about their close relationship and how it’s changed since the Cooking With Just Christine star decided to leave the Brown patriarch.

“Now the relationships [have] changed. We’ve said some very harsh things to Kody. Now it’s different,” Janelle said, acknowledging that they have a relationship closer than just being sister wives. “Now it seems like we focus on the common experience and the kids.”

Christine replied by arguing that “it’s totally different” than the way Janelle sees the situation. “I would consider you one of my best friends,” she said.

The mother of six later admitted that she doesn’t know “what label” to use for her and Janelle’s friendship. “It’s such a weird relationship to navigate,” Christine explained.

Meanwhile, Janelle revealed during a confessional that she feels she’s been put in the middle of Kody and Christine’s drama. “I’m damned if I do and damned if I don’t,” she said.

Janelle also noted that the six children she shares with Kody — Logan, 28, Madison, 27, Hunter, 25, Garrison, 24, Gabriel, 21, and Savannah, 17 — are all close with Christine, which complicates the situation even more.

“Christine, like, all my kids remember all the history,” she told Christine during the episode. “So, they’re struggling, too, to be in both worlds.” Christine then stated that “no one should be picking sides.”

For his part, Kody said his drama with Christine has put pressure on his relationship with Janelle.

“I’m in a very vulnerable place and if I cross a line, will she cross another line? And that sort of cynicism comes, I think, from unwinding 20 years in plural marriage and Christine leaving,” he said in a confessional. “I don’t think Janelle or I are being honest or realistic in this relationship as we communicate with each other about this stuff.”

Christine announced her split from Kody in November 2021. “After more than 25 years together, Kody and I have grown apart and I have made the difficult decision to leave,” she wrote in a statement via her Instagram account at the time. “We will continue to be a strong presence in each other’s lives as we parent our beautiful children and support our wonderful family. At this time, we ask for your grace and kindness as we navigate through this stage within our family.” 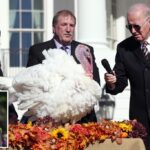 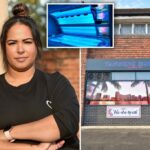