“It’s no secret that she’s been to hell and back in that relationship,” the source says of Meri’s marriage to Kody, 53. “It wouldn’t surprise anyone if she bolted, but for some strange reason she’s still loyal to him. They have the most dysfunctional relationship ever.”

The insider adds that “nobody really understands” the bond between Meri, 51, and the Brown patriarch.

“It certainly feels like Kody’s wives are abandoning ship,” the source continues. “Everyone wants to know if Meri will leave him next.”

Kody and Meri legally tied the knot in 1990, while he spiritually married Janelle Brown in 1993 and Christine Brown in 1994. The father of 18 eventually divorced Meri to legally marry his fourth wife, Robyn Brown, in 2014 in order to adopt her kids from a previous relationship. Despite their legal divorce, Meri and Kody have remained spiritually married.

Over the years and amid the show, cracks began to form in Kody’s marriages with Christine and Janelle, resulting in the first Brown marriage to go south.

In November 2021, Christine, 50, announced in an Instagram post that she had left Kody after more than 25 years of marriage. About a year later, In Touch broke the news that Janelle, 53, had separated from Kody in December, with a source revealing that she “outgrew” him and their marriage.

“Janelle is a strong independent woman and realized she can do it on her own,” an insider said about the Utah native’s decision to leave her husband of nearly three decades.

Following news of Janelle and Kody’s separation, an additional source exclusively told In Touch that Meri has been “calling out” the “red flags” in their relationship.

“She admitted that his treatment of her has been disturbing,” the source explained, noting that the businessman “turns a blind eye” toward his “issues” with the Lizzie’s Heritage Inn owner. After two of his wives left their plural marriage, Kody is believed to feel like he “is losing the hold” on his “once-perfect life.”

In recent years, Meri has been open about the problems in her marriage on the TLC show. During the December 11 episode, she compared their issues to ones that Kody experienced with Christine.

“It’s interesting hearing him talking about this, and the parallels that [are] happening with him and Christine and me and him [sic],” the mother of one said during her confessional. “It’s kind of disturbing because, like, some of the things he’s frustrated about with Christine, he did to me. Oh, he wants to work on it with Christine, but not me.”

During an October 2022 episode, Meri admitted she was “hurt” when Kody suggested she move back to Utah following the death of her mother, Bonnie Ahlstrom. Meanwhile, she previously admitted to feeling like an “outsider” in their family during a January 2022 episode of Sister Wives.

“I don’t feel like I am part of the Brown family. It’s this weird thing,” she confessed. “Am I a sister wife when I don’t have a husband? And I have a husband, technically, but do I? … It’s weird.” 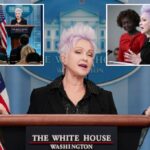 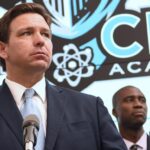 DeSantis seeks probe into ‘wrongdoing’ around COVID vaccines in Florida