“Initially, my issue was, I thought Christine was playing a game,” Kody, 53, said of the way Christine, 50, acted in their marriage in a teaser clip shared by Us Weekly from the Sunday, December 18, special  Sister Wives: One-on-One. “And so, I was ambivalent.”

Detailing the problems in their marriage, the Brown patriarch explained, ​​“From the time we were married [there was] manipulation. Pouting. Temper tantrums. Just behavior things.”

The father of 18 then recalled a moment when Christine allegedly lashed out at him as he tried to fix problems with Meri Brown and the rest of the family.

“Some of the games that were happening, were things like when we moved to Flagstaff, Arizona, I was trying to reconcile with Meri,” Kody told the tell-all host, Sukanya Krishnan. “Meri gave me this really cool birthday present and I’m in this place, telling Janelle [Brown], Christine and Robyn [Brown] that I might reconcile with Meri.”

“She comes to a family party [that day] and leaves yelling to one of the kids that she was in a loveless marriage,” the TLC personality shared. “This is two years before she kicks me out.”

While reflecting on the way Christine allegedly responded to Kody’s attempt to reconcile with his first wife, he said “there’s something wrong in the relationship between Meri and Christine.”

Christine also shared her side of the story in the clip, claiming that Kody created drama by comparing his four wives.

She then reflected on the state of their marriage before she announced that she left him in November 2021. “I think for him he would be fine if we just had a platonic, completely not even friends [relationship],” the Cooking with Just Christine star shared. “That’s not a marriage.”

“I thought that was really not cool [of Kody to compare us],” the mother of one admitted in the tell-all special. “I totally get Christine’s reaction. No husband should ever, ever, ever compare one wife to the other.”

Just over one year after Christine announced she left Kody, In Touch exclusively confirmed Janelle, 53, and Kody had called it quits on December 9, 2022. “Janelle is a strong independent woman and realized she can do it on her own,” an insider claimed, adding that the mom of six “outgrew him.”

The businessman later confirmed the split at the end of the December 12 episode of the family’s reality show, revealing, “I am separated from Janelle, and I am divorced from Christine.” 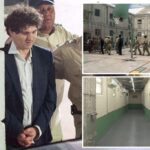 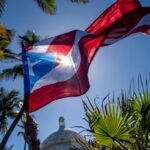