“Robyn and Kody are soulmates, and she will always be submissive to Kody,” the source reveals. “There are no problems. They’re very much together, all the time. It’s the Kody and Robyn show.”

Kody, 53, and Robyn, 44, became legally married in 2014 after the Brown patriarch divorced his first wife, Meri Brown, in order to adopt Robyn’s children from her previous marriage. He remains spiritually married to Meri, 51, and Janelle Brown, while his third wife, Christine Brown, announced their separation in November 2021.

In January, rumors began to circulate that Kody and Robyn were expecting their third biological child together. However, the source reveals that fans may never know the full truth of whether or not Robyn was really pregnant.

“I don’t know if anyone will ever know unless it’s filmed for TV,” the insider admits. “We will probably not know unless someone is super smart and sneaky.”

The source notes that the couple “stopped talking about babies,” though viewers will “never know” if Robyn is pregnant due to her private lifestyle. “She’s not on social media. She won’t even talk closely about her personal life with people she’s close to,” the insider adds. “At this point in time, she’s under brutal attack and I don’t think she’ll ever really disclose any more personal stuff, even with her close friends and family. Kody and Robyn stopped visiting close family – she’s in retreat mode, really.”

Kody and Robyn “don’t even bring their kids out with them.” the source points out.

The Brown family has been dealing with major changes after Christine, 50, announced her separation from Kody. During the October 9 episode of the TLC show, Kody acknowledged that each wife has a limit to what she will accept in a plural marriage.

“I got a feeling through this experience that each wife has a breaking point where they’re just not going to put up with whatever the other wives’ needs are anymore,” he said at the time. “They’re, like, going to do their own thing. Janelle has done that before.”

The father of 18 went on to explain that plural marriage is a collaborative effort with each member needing to be “compliant” to everyone’s needs.

“Here’s the funny thing in plural marriage: A wife works with you or works against you,” Kody began, before explaining how each of his wives fits into his description. “Janelle and I would be a team sometimes and wouldn’t be sometimes. Christine was usually fairly compliant and then when we decided we didn’t want to move to Utah when Christine wanted to move to Utah, it’s like, ‘Well, I’m going to Utah.’ Christine became suddenly very independent.”

As for Meri, 51, and Robyn, the Wyoming native said they were much more willing to “work together.”

“I always thought Meri was working with me fairly well,” he continued. “Robyn’s whole goal when she came into the family was to become part of this family and work together with our family.” 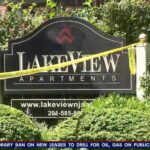 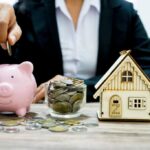