Always expanding! It’s no secret that the Brown family on TLC’s Sister Wives is quite large. After all, patriarch Kody Brown has a total of 18 kids with his four wives, Meri Brown, Janelle Brown, Robyn Brown and Christine Brown, whom he separated from in November 2021.

The salesman shares one child, Leon, with Meri; six children, Logan, Maddie, Hunter, Gabe, Garrison and Savanah, with Janelle; six children, Mykelti, Paedon, Aspen, Ysabel, Gwendlyn and Truely, with Christine and two children, Solomon and Ariella, with Robyn. He is also a dad to Robyn’s three children, Dayton, Aurora and Breanna, from a previous relationship.

A handful of the older Sister Wives kids have gone on to get married. Maddie tied the knot with Caleb Brush in May 2016, Mykelti wed Tony Padron in December 2016, Aspyn and Mitch Thompson exchanged vows in June 2018 and Logan said “I do” to wife Michelle Petty after a five-year engagement in October 2022.

Now that some of the Brown kids have started their own lives with their spouses, a few have taken the next step and have families of their own. Maddie announced she was pregnant with her and Caleb’s first child in November 2016, just six months after the couple wed. They welcomed son Axel in May 2017, then welcomed daughter Evie in August 2019.

Maddie’s sister, Mykelti, welcomed her first child with husband Tony in April 2021. “She’s gorgeous and amazing and our home birth went awesome,” Mykelti announced in a statement via Instagram. “Tony and I are so ecstatic with her and overjoyed at what a blessing she is.”

While it’s clear that Sister Wives stars Christine and Janelle are enjoying being grandparents to their three young ones, their households are about to get a little bit busier, as both Maddie and Mykleti are expecting again! Maddie announced she was pregnant with baby No. 3 in July 2022, while Mykelti shared in August 2022 that she and Tony are expecting twins.

“Miss Avalon will be a big sister in December (twins come earlier so probably before then),” she wrote via Instagram. “Tony and I definitely weren’t planning this or expecting it but we’re both excited for our upcoming adventure and all the chaos and love it brings.”

Just two months later, Mykelti shared photos from her gender reveal party and announced the sex of baby No. 2 and No. 3. “Tony and I are expecting twin BOYS on December 1st, but they’re twins so really we’re thinking before Thanksgiving,” she wrote at the time. “It was the last thing we both expected for both of them to be boys. We haven’t figured out names but we’re excited that Avalon will have two brothers to boss around.”

Keep scrolling to read Maddie and Mykelti’s best quotes about pregnancy over the years! 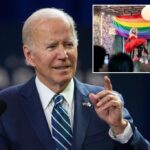 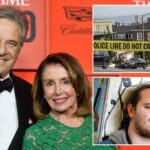