Shortly after In Touch exclusively confirmed their separation on Friday, December 9, eagle-eyed fans noticed that Janelle’s Instagram bio was updated to say, “Just me,” accompanied by a smiling emoji. According to a few fans, her bio previously described her as a sister wife and focused on her family.

Earlier in the day, In Touch broke the news that the Plexus ambassador and the family patriarch, 53, had ended their spiritual marriage after 29 years together.

“Janelle is a strong independent woman and realized she can do it on her own,” the insider explained, adding that she ultimately “outgrew him.”

Kody and Janelle’s relationship seemed inseparable, as they were together for nearly three decades. However, fans noticed their connection started to crumble during the COVID-19 pandemic.

The businessman implemented strict household standards upon his and Janelle’s six children — Madison, Logan, Gabriel, Garrison, Hunter and Savanah — in order to keep everyone from getting infected with the virus. However, Kody’s rules frustrated the group, and Janelle eventually expressed her dissent when she told her then-husband to “f—k off” before storming out of the room after debating their holiday plans.

Afterward, Sister Wives viewers watched as Janelle began to question her and Kody’s marriage, especially after her pal and former sister wife, Christine Brown, announced her and Kody’s split in November 2021. The fallout from Christine’s decision played out during season 17 of the hit reality TV series throughout the fall of 2022.

During a December 11 episode, Janelle and Kody argued over his COVID-19 restrictions and her reaction to them. During a subsequent confessional, Janelle explained that she didn’t need any support from a man and was “good” on her own.

“In the last 18 months, I’ve realized that I’m pretty good,” she explained. “I’m independent, and I’m not going to stand here and be yelled at. I just don’t need it. I don’t deserve it, and I don’t need it.”

In the previous episode that aired on December 4, Janelle admitted that she was contemplating her marriage and questioned their compatibility.

“I never thought I’d be in a place where I would be questioning my relationship, but the last few years, I’ve began to wonder if we’re compatible anymore [sic],” she confessed. “Maybe this doesn’t work anymore for me, I don’t know.”

Prior to her on-camera admission, the Cooking With Just Christine star’s daughter Gwendlyn fueled split rumors in November after she slipped out in a TikTok video that the only sister wives left were Meri Brown and Robyn Brown. In addition to that, Christine’s aunt, Kristyn Decker,

Kristyn also explained that their religion, the fundamentalist Mormon sect known as Apostolic United Brethren (AUB), “is worse for men to divorce their wives” rather than the woman making the choice.

“That’s why [Kody] wants them to leave,” Kristyn claimed. “If they’re going to, if they kick him out, then they are looked down upon much worse. Kody’s got to get them to [leave on their own].” 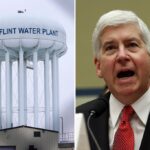 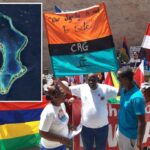