Paving her own path. Sister Wives star Janelle Brown was “tired of living a lie” during her marriage to Kody Brown, an insider exclusively tells In Touch.

“Janelle needed to move on, they grew apart, weren’t compatible anymore,” the source explains just three days after In Touch broke the news that the Strive With Janelle founder and the Brown family patriarch, 53, had ended their spiritual marriage after almost three decades together.

“She’s looking forward to leaving all that baggage behind and starting a new life,” the source explains.

On December 9, an insider exclusively told In Touch that Janelle and Kody had finally split after months of speculation, breaking the news to the Sister Wives fanbase and beyond.

“Janelle is a strong independent woman and realized she can do it on her own,” the insider explained about the Utah native, telling In Touch exclusively that she ultimately “outgrew him.”

The Brown patriarch later confirmed the separation during the Sunday, December 11, finale of the hit TLC show. Discussing his relationship statuses with Janelle and his third wife, Christine Brown, Kody admitted on-camera, “I am separated from Janelle, and I am divorced from Christine.”

Fans watched Kody and Christine’s separation – which was confirmed by the former couple in November 2021 – negatively impact his other marriages throughout season 17 of Sister Wives. His relationship with Janelle seemed to face the most obstacles, who maintained a close relationship with Christine, 50, after she and Kody went their separate ways.

Additionally, Kody revealed that his separation from Christine also changed his dynamic with his fourth wife, Robyn Brown.

“I’m struggling so much with this divorce. It’s probably poisoning my relationship with Janelle a little bit and definitely poisoning my relationship with Robyn,” Kody admitted during the November 27 episode. “I think that’s because I haven’t figured out what I am when we’re not this family. I’m out of my frame and I’m out of my purpose. I’m spiritually off course. I’m a mess.”

While the pair fought due to differing opinions about their adult children’s living arrangements, Janelle hinted at a split by celebrating several holidays without Kody in recent months.

In November, Christine’s aunt, Kristyn Decker, told In Touch in an exclusive video interview that Janelle left Kody “a long time ago.”

“As far as any relationship, any marriage goes, I think [Janelle’s] similar to, in Meri’s situation where she’s just staying in a marriage that’s not really a marriage,” she said at the time. “I don’t think they’ve had a marriage for a long, long, long time. It’s just platonic.” 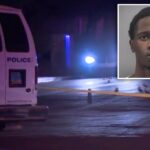 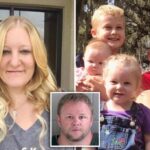