Janelle, 53, took to Instagram on Friday, November 25, to share a photo from her family’s Thanksgiving gathering the evening before. She smiled for the camera alongside her children Savanah Brown, Gabe Brown, Robert Brown, Maddie Brown, Hunter Brown, Logan Brown and his wife, Michelle Petty. Additionally, Kody, 53, and Christine Brown’s son Paedon Brown joined in on the festivities.

“Our Thanksgiving crowd. Grateful for family and friends. Thanks @_michellepetty and @logantbro for hosting!” she captioned the photo.

The mother of six shared the photo as fans have speculated that she and Kody are headed toward a split.

During the November 20 episode of the TLC show, Kody admitted that his relationship with Janelle was struggling amid his split from Christine, 50.

“I’m in a very vulnerable place and if I cross a line, will she cross another line? And that sort of cynicism comes, I think, from unwinding 20 years in plural marriage and Christine leaving,” the Brown patriarch said in a confessional. “I don’t think Janelle or I are being honest or realistic in this relationship as we communicate with each other about this stuff.”

Kody then admitted he felt like Janelle was “rejecting” him and “choosing to have a [relationship] with Christine” instead.

Christine – who has a close bond with Janelle –  announced her split from Kody in November 2021 after more than 25 years of marriage.

“Kody and I have grown apart and I have made the difficult decision to leave,” she shared via Instagram at the time. “We will continue to be a strong presence in each other’s lives as we parent our beautiful children and support our wonderful family. At this time, we ask for your grace and kindness as we navigate through this stage within our family.”

“As far as any relationship, any marriage goes, I think [Janelle’s] similar to, in Meri [Brown]’s situation where she’s just staying in a marriage that’s not really a marriage,” Kristyn said in November 2022. “I don’t think they’ve had a marriage for a long, long, long time. It’s just platonic.” 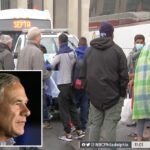 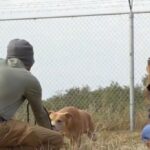