“My baby is 18!” Janelle, 53, wrote along with a video that captured Savanah’s “early celebration” for her birthday.

Throughout the clip posted on Savanah’s actual birthday, Wednesday, December 7, Janelle and some of her kids joined Savanah in celebrating the adulthood milestone, enjoying cake and going out to a nice dinner in Las Vegas, Nevada.

“Happy Birthday sweetheart ! We had a fun early birthday celebration in Vegas last weekend,” the TLC star captioned the post. “Thank you to @_michellepetty and @logantbro for the decorations and the cake. Dinner with friends and family on the Strip and then a tour through the Enchant light display. Fun and memorable evening . You only turn 18 once right ?!”

While a handful of Savanah’s friends and family traveled to Vegas for the party, one person that was noticeably missing was Kody, 53. The Brown patriarch seemingly skipped the festivities amid speculation that he and Janelle are having problems in their marriage.

During the November 20 episode of the family’s reality show, Kody admitted that his relationship with Janelle was struggling amid his split from Christine Brown.

“I’m begging Janelle for a closer relationship,” he said, noting that he’s always wanted his four wives to “have close relationships.”

“I’m in a very vulnerable place and if I cross a line, will she cross another line? And that sort of cynicism comes, I think, from unwinding 20 years in plural marriage and Christine leaving,” Kody continued in a confessional. “I don’t think Janelle or I are being honest or realistic in this relationship as we communicate with each other about this stuff.”

The TV personality went on to admit he felt like Janelle was “rejecting” him and “choosing to have a [relationship] with Christine” instead. The former sister wives have maintained a close bond since Christine, 50, announced she left Kody in November 2021.

Their problems continued to play out on the December 4 episode when Janelle admitted to second-guessing her marriage to Kody.

“I never thought I’d be in a place where I would be questioning my relationship, but the last few years, I’ve began to wonder if we’re compatible anymore [sic],” the Plexus ambassador said. “Maybe this doesn’t work anymore for me, I don’t know.”

Janelle then explained that she has “made decisions for [herself]” throughout their relationship. “You cannot depend on your husband to meet all of your needs,” she added. 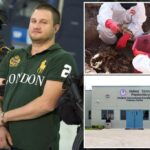 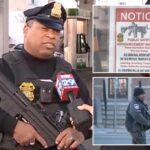