Gwendlyn, 21, shared a recap of the TLC show via her YouTube channel on Wednesday, January 11, where she answered questions from fans about her family. At one point, the reality star was asked about a photo circulating online that seemingly showed Kody, 53, “making out” with his stepdaughter Aurora.

“No, my father does not kiss his children like that,” Gwendlyn answered. “Obviously as kids we give him a little smooch because we’re children, but no, not at all. I’m so sorry you were tricked to thinking that. That’s horrifying.”

Robyn, 44, shares Aurora, 19, with her ex-husband, David Jessop. Kody adopted Aurora and her siblings from his fourth’s wife’s past marriage after they legally wed in 2014.

Gwendlyn – who Kody shares with Christine Brown – hasn’t held back when it comes to criticizing her family in the YouTube recaps. During a December 2022 video, ​​the reality star admitted that she’s not a fan of Robyn.

“I do feel less about Robyn from watching this,” she said while recapping season 17. “But I feel like that’s not very fair from me, ‘cause I really don’t like her as a person.”

The TV personality noted that “virtually none” of the Brown children watch the series. “Watching [Robyn] makes me like her less for sure,” Gwendlyn added.

Season 17 documented the end of Christine and Kody’s marriage, which the Cooking with Just Christine host announced in November 2021.

During a September 2022 episode, Christine hinted that the father of 18’s favoritism toward Robyn contributed to the end of their marriage.

“I think he has a favorite wife and that’s why all of this is like it is,” she said at the time. “And apparently, I’m not treating her well enough.”

Meanwhile, Robyn slammed Christine’s claims in the same episode. “This isn’t a new complaint that Kody favors me,” she said.

Just over one year after Christine revealed her marriage to Kody was over, In Touch broke the news that Janelle Brown had split from the patriarch in December 2022.

Meanwhile, Meri Brown seemingly implied that Kody ended their marriage during the Sister Wives: One on One tell-all on December 18.

On January 10, Meri and Kody broke their silence and confirmed that they had called it quits. Additionally, the mother of one explained that their split was reported before they had actually decided to end their marriage.

“There is so much more to be told about this story, and I assure you, my truth will be told. But for now, know that there is peace in my heart, and I hold no animosity toward Kody,” Meri wrote. “I am not, and pray that I never will be, in a place where I will enjoy making, or seeing you make, rude and demeaning comments about him.” 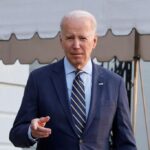 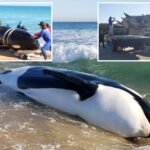