The holiday season may have just started, but the Sister Wives stars are already decking their halls with decorations.

Christine Brown – who will be celebrating her second Christmas as a single gal following her split from ex-husband Kody Brown in November 2021 – gave fans a glimpse into her girls-only holiday festivities after announcing that she and the businessman were going their separate ways.

Sharing photos of herself, daughter Truely and her mom Ruthann in front of an already decorated Christmas tree, a pair of nutcrackers and some poinsettia plants, Christine wrote in the caption, “Matching pajamas with my Mom and Truely!”

The Christmas decor was complemented by their attire: matching pajama onesies with a Christmassy selburose pattern.

Christine also shared a photo of daughter Mykelti Brown Padron‘s daughter Avalon in a highchair, with the Christmas tree lit in the background. The 2022 holidays will be the first that Mykelti – who welcomed twin boys Archer Banks and Ace McCord with husband Tony Padron in November 2022 – will celebrate as a mom of three.

Christine isn’t the only Sister Wives star who likes to put up her holiday decorations early. In 2021, Meri Brown decked out her bed and breakfast, Lizzie’s Heritage Inn, with so much yuletide cheer, it looked like a film set from a Christmas Hallmark movie.

Sharing photos of the inn festooned with garland, lights, bows and multiple Christmas trees, Meri wrote in the caption of her post, “What a fun weekend up at my B&B getting it all decked out for the holidays!”

“I’ve always thought I was pretty good at the whole Christmas decorating thing, but when you have an interior stylist friend who comes to help, well let’s just say, you can learn a thing or two!” she added. “Loving how the house turned out and just want to sit in the living room soaking it all in!”

In her series of photos she shared on Instagram, Meri also gave a glimpse of the bed and breakfast’s mantel over the fireplace, which had stockings, candles, garland and several snowmen paraphernalia.

The interior designer Meri worked with also praised their collaboration, writing on Instagram, “Utah trip was a success! Had a wonderful time decorating Lizzies Heritage Inn for the Holidays and catching up with Meri & Jenn! I just love this cozy little Bed & Breakfast!!”

Meri gave fans a sneak peek at some of the 2022 Christmas decorations going up at Lizzie’s Heritage Inn – like a stunning white Christmas tree adorned with pinecones and white bulbs – on the first day of December. After a fan asked in the comment section who decorated, the Lizzie’s Heritage Inn account replied that Meri worked with Blair M. Struble – the same interior decorator from last year – for this year’s festive designs.

Janelle Brown’s family Christmas may look a little different this year, as In Touch exclusively confirmed her and Kody’s breakup on December 9, 2022. Despite the split announcement ahead of the holidays, the mom of six has seemingly remained in good spirits and is embracing the newest chapter of her life – even joining son Hunter Brown and his girlfriend, Audrey Hubert, to decorate gingerbread houses with “the Las Vegas crew.”

Scroll through all of the Sister Wives stars’ Christmas decorations with our gallery below. 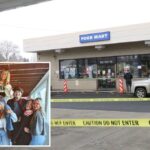 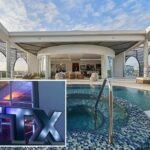