Sister Wives star Christine Brown is taking what belongs to her amid her split from her husband of nearly 30 years, Kody Brown.

“If you split everything 50/50 that means I get fifty percent of everything that he has — all of his property,” the mom of six, 50, said during a teaser clip for the Sunday, October 30, episode. “That means his and Robyn’s house too if he wants to go down that road.”

Christine emphasized that she wished to make her and her former husband’s division of the assets “clean and easy,” adding, “I get the house, you can have the property.”

Kody, 53, explained in a confessional that in plural marriage, there’s a “tendency” for the wives to put everything in their name in case the husband is jailed for cohabitation.

“I assume what we’re doing is splitting all of our assets, the house, the land, everything we’ve got 50/50,” the patriarch told producers. “Which is funny because she’s already sold some of the stuff that was ours.”

Following their split, Christine moved Kody’s personal items into boxes in her garage to be moved to the home he shares with fourth wife, Robyn Brown. Despite Kody previously having his stuff spread among the homes of his four wives when the family lived in Las Vegas, the father of 18 spends the bulk of his time living at his rumored “favorite wife” Robyn’s.

“Well he doesn’t have stuff at Meri’s house, he hasn’t [stayed] there for years,” Christine said in another clip. “He can’t have stuff at Janelle’s house because she lives in a little tiny trailer. So he has quadruple what he needs at Robyn’s.”

Christine announced her decision to split from Kody in November 2021.

“After more than 25 years together, Kody and I have grown apart and I have made the difficult decision to leave,” the TV personality wrote in a statement via her Instagram account. “We will continue to be a strong presence in each other’s lives as we parent our beautiful children and support our wonderful family. At this time, we ask for your grace and kindness as we navigate through this stage within our family. With Love, Christine Brown.”

Christine was the third of Kody’s four wives. Kody is legally married to Robyn whom he wed in 2014 after divorcing his first wife, Meri Brown, in order to adopt Robyn’s three children from a previous relationship. Kody remains spiritually married to Meri, 50 and Janelle Brown. 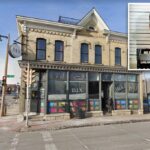 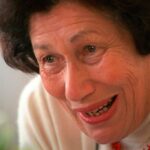