Moving on! Sister Wives star Christine Brown is single and ready to mingle following her messy split from Kody Brown.

The TLC star, 50, announced she left Kody, 53, in November 2021, two weeks after In Touch confirmed Christine moved from Arizona back to her home state of Utah. “After more than 25 years together, Kody and I have grown apart and I have made the difficult decision to leave,” the TV personality wrote in a statement via her Instagram account on November 2.

“We will continue to be a strong presence in each other’s lives as we parent our beautiful children and support our wonderful family,” the statement continued. “At this time, we ask for your grace and kindness as we navigate through this stage within our family.”

The former couple spiritually married in 1994, and they welcomed kids Aspyn, Mykelti, Paedon, Ysabel, Gwendlyn and Truely during their relationship.

In addition to Christine, Kody is married to Meri Brown, Janelle Brown and Robyn Brown.

Their split has been heavily documented on season 17 of the TLC show.

During the September 18 episode, Kody opened up about his frustrations over Christine’s decision to end their relationship.

“This feels like a major injustice that’s being done to me, and it galls me,” he said during a confessional, adding, ​​”I just can’t let it go. I don’t know why it’s such a struggle. It’s curling my toes. I need some grief counseling or something. I don’t know what’s going on here with my attachment. I can’t let go.”

Meanwhile, Christine reflected on the problems in their marriage while talking to Meri, 51, Janelle, 53, and Robyn, 44, during the October 2 episode.

“It’s no secret that Kody and I have been in a rough spot for a long time,” she told her fellow sister wives. “I have decided to leave Kody. It’s a hard decision. I need to make a choice for happiness. I need to make a choice to have joy in my life and peace and there hasn’t been a lot of hope at all until I decided to leave. I feel strongly this is the best choice for me.”

Since ending their marriage, Christine has been open about her plans when it comes to finding love and even getting married again. Keep scrolling to see everything she has said about dating following her divorce. 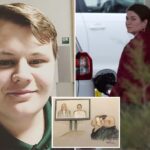 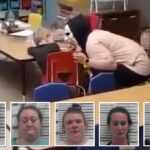