In a teaser clip for the Sunday, October 16, episode of the TLC show shared by People, Christine, 50, recalled when she first realized her daughter Gwendlyn identifies as LGBTQ.

She explained that it all began when Meri Brown‘s child, Leon Brown, who revealed they are transgender in June, shared their sexuality with Kody Brown and the rest of the family.

In the episode, Christine explained that when Leon came out as part of the LGBTQ community, she “immediately” thought, “Oh, so is Gwendlyn.”

“I knew immediately,” Christine said. “We’ve just had great conversations about it.”

“She teases me about having celebrity crushes on women and I’m also partially gay. I’m not. She loves teasing about it,” the Cooking with Just Christine host said of Gwendlyn, 20. “My female celebrity crushes are Blake Lively, Kelly Clarkson [and] Emily Blunt. They’re just beautiful. I can’t help but admire them.”

Christine added, “But, it would only go that far. I’m definitely heterosexual. Not interested.”

Also in the clip, Gwendlyn helped her sister Ysabel get ready to move away for college. While playfully teasing each other, Gwendlyn joked that Ysabel couldn’t make jokes at her expense because it was Pride Month. “I’m being bullied. It’s Pride Month. You can’t talk to me like that,” she told her sister.

“I’m bisexual. I’m not only attracted to women,” Gwendlyn explained of her sexuality in a confessional. “I’m also attracted to men and people who fall into other gender spectrums.”

Another topic of conversation in the clip was Christine revealing that Kody, 53, was not going to drop Ysabel, 19, off at college with her following their split.

“Kody got her a car. It’s a good reliable [car] so we can drive across [the] country. I talked to Kody and invited him to do it with us,” the mother of six revealed. “I would totally adjust whatever plans if he wanted to come, if he could come but he’s not coming with us.”

Christine announced her split from Kody in November 2021. “After more than 25 years together, Kody and I have grown apart and I have made the difficult decision to leave,” the TV personality wrote in a statement via her Instagram account at the time.

She revealed the news two weeks after In Touch confirmed she moved from Arizona back to her home state of Utah. “We will continue to be a strong presence in each other’s lives as we parent our beautiful children and support our wonderful family. At this time, we ask for your grace and kindness as we navigate through this stage within our family.” 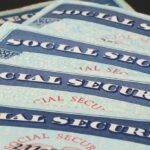 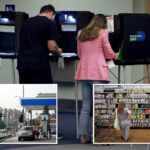