Speaking out. Sister Wives star Christine Brown announced her split from Kody Brown over one year ago, though their separation has been documented on season 17 of the TLC show that’s been airing this fall.

“After more than 25 years together, Kody and I have grown apart and I have made the difficult decision to leave,” Christine, 50, revealed via Instagram in November 2021. “We will continue to be a strong presence in each other’s lives as we parent our beautiful children and support our wonderful family. At this time, we ask for your grace and kindness as we navigate through this stage within our family.”

While they have both opened up about their separation during the most recent season of Sister Wives, their kids have also shared their thoughts on the end of the marriage.

One of their children that made the most of the situation was Mykelti, 26, who stated she wouldn’t choose between Christine, Kody and his fourth wife, Robyn Brown.

During a November 2022 episode, Mykleti visited Kody and Robyn, 44, to introduce them to her daughter, Avalon. While she insisted that Robyn is still a “mom” to her, Mykelti also told the couple that she supports Christine’s decision to leave Kody if it’s “what she wants.”

Shortly after Christine confirmed their split, a source exclusively told In Touch in November 2021 that their kids weren’t happy that the marriage was coming to an end.

“She started taking trips in the springtime. She would say, ‘I’m not staying here. My kids are not happy.’ They started being more independent and her kids realized they were happier elsewhere,” the insider revealed about Christine’s attitude at the end of their relationship. “The kids are upset by the split — they don’t know all the details of Kody and Christine’s relationship​​​, but they’re aware he wasn’t around.”

Just over one year after Christine announced her decision to leave Kody, In Touch broke the news that Janelle Brown had ended her spiritual marriage with the Brown patriarch after 29 years together.

One week later, Kody’s first wife, Meri Brown, revealed that he had ended their marriage during a teaser clip for the upcoming tell-all, Sister Wives: One-On-One, which will air on Sunday, December 18.

Keep scrolling to find out what some of Christine and Kody’s kids have had to say about their split. 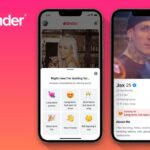 Tinder adds Relationship Goals to profiles after rise in ‘situationships’ 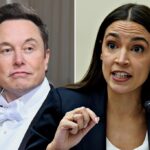 AOC goes after Elon Musk over ‘doxxing’ claims: ‘Lay off the proto-fascism’