Sen. Kyrsten Sinema caused a stir at Davos not only for the high-five she shared with Sen. Joe Manchin, but also for the furry vest she wore — with one Twitter user asking “why is she dressed like a sheep?”

The Arizona independent, known for her maverick fashion tastes in a chamber ​dominated by Brooks Brothers suits​, ​rocked the fluffy white vest and her usual heavy framed glasses when she appeared onstage during a panel discussion at the World Economic Forum in the Swiss Alps.

While her high-five with Manchin to celebrate blocking filibuster reform attracted lots of attention in the political press, her unique style turned Twitter users into would-be fashion critics.

“​Why is she dressed like a sheep”? asked Laura Bassett, ​the editor of Jezebel, on the social messaging site.

Others suggested Sinema got her appearances mixed up.

“Clearly Kyrsten Sinema heard she was going to Davos & thought it was some kind of Game of Thrones fan convention,” said Tara Dublin, who describes herself as a “MAGA Block Queen” on Twitter. ​​

Sinema is well known for not playing it close to the vest with her wardrobe, setting tongues wagging when she wore a denim vest in the chamber or channeled her inner Marilyn Monroe with a clingy skirt and top and bombshell blonde hair style.

Another Twitter user remarked on her quirky getups and suggested she star in a new TV show.

“Someone needs to create a new Veep style show called ‘Kristy Cinnamon’ maybe get Jennifer Coolidge for the lead. get a sponsorships from Warby-Parker and Hot Topic,” wrote OGNinja.

Another gave a thumbs down to the vest.

​”​A bath mat is not a vest,” wrote Sarah Burris​, a reporter at Raw Story. 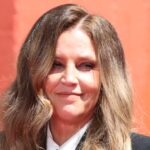 Lisa Marie Presley Cause of Death: Autopsy, How She Died 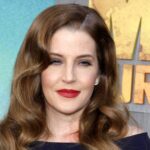