A Sikh student attending University of North Carolina at Charlotte was handcuffed for carrying a religious object that was mistaken for a knife, as seen in a viral video.

The incident, which took place last Thursday, sparked an outrage among members of the Sikh community and prompted UNC to issue an apology.

The young man, who has not been publicly identified, was sitting in the student union last Thursday when a campus police officer responded to the scene after getting a 911 call reporting that there was someone there with a knife.

As UNC explained in a statement addressing the incident, the object in the student’s possession was found to be a Kirpan — a curved, edged dagger that is one of the five articles of faith that Sikhs must wear on them at all times. Kirpans are often blunt and sewn into sheaths.

In the 44-second video that was posted on Twitter by the student, the responding cop approaches the man sitting on a sofa and tries to take the religious object away from him.

“You want me to take the whole thing off?” the student asks the officer, who then orders the man him to stand up and restrains his hands behind his back with handcuffs.

“I wasn’t going to post this, but I don’t think I will receive any support from
@unccharlotte,” the student later wrote in the post accompanying the video, which by Tuesday has been viewed more than 3.6 million times. “I was told someone called 911 and reported me, and I got cuffed for ‘resisting’ because I refused to let the officer take my kirpan out of the miyaan.”

The California Sikh Youth Alliance slammed UNC’s response, writing on Twitter: “This is a grotesque breach of religious freedom and highly irregular given the Kirpaan’s (sic) legal standing in many states which are home to the Sikh community.”

UNC officials confirmed the facts of the incident in the statement on Friday, saying that the handcuffs were removed from the student after the object that sparked the 911 call was retrieved.

“State law and University policy prohibit the possession of a knife or other edged instruments on campus, but we will use this as a learning opportunity by engaging in constructive dialogue with Sikh students and employees,” the statement read.

“Together, we are confident we can find reasonable measures and educational opportunities that both protect the safety of our campus and the religious practices of our community members.”

Officials stressed that they want every member of the UNC community to feel “welcomed, supported and safe. We apologize that is not what this young man felt in our union yesterday.  We are committed to ensuring it doesn’t happen again.”

The Sikh Coalition acknowledged the incident at UNC, calling the video of the student’s detention “disturbing,” and saying that the non-profit organization has been in contact with the youth and offered him resources. 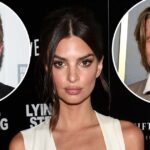 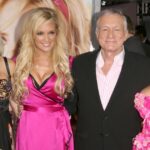