Putting in work! Sister Wives star Kody Brown’s three spouses, Meri, Robyn and Janelle Brown, and ex-wife Christine Brown make a good living on the show, but that doesn’t mean they are opposed to getting jobs outside of TV. Each of the ladies has her own side hustle to add to her monthly income, ranging from a bed and breakfast to selling clothes and more. Find out how the women of Sister Wives make money!

What Is Meri Brown’s Job?

These days, Meri, who shares one child with Kody, is all about exploring and celebrating her heritage — and she’s doing that through her bed and breakfast called Lizzie’s Heritage Inn. After buying back a house that her great-great-grandparents had built, the star transformed it into a little inn in Parowan, Utah.

Meri is also a proud Independent LuLaRoe Fashion Retailer, per her bio. Wondering what LuLaRoe is? Basically, it’s one of those companies where people buy the products and then resell them to their Facebook friends or, in this case, the thousands of Instagram followers they’ve accrued thanks to reality TV fame.

In addition, she’s a New York Times bestselling author with her book Becoming Sister Wives: The Story of an Unconventional Marriage, which she cowrote with Kody, Janelle, Christine and Robyn.

What Is Janelle Brown’s Job?

Janelle, who now resides in an RV on their Coyote Pass land, has her own gig that she enjoys, too. Her company Strive with Janelle is mostly about blogging and sharing workout motivation on social media, but it’s not without its sales, either. As a certified health coach, she offers “body compassion and accountability coaching,​​” according to her website.

She has since launched a health and wellness program with her daughter Maddie to help others achieve their fitness goals, complete with an Instagram page.

What Is Robyn Brown’s Job?

Robyn is known for keeping a low profile on Instagram, but she is still a fundamental part of My Sisterwife’s Closet. The “online jewelry and clothing line boutique” was launched by all four wives (plus their shared husband). The mom of five has been said to be the main driving force behind the digital shop, previously writing many of the blog posts while designing her own lines, but all the wives chip in. They last posted in 2019, but the site notes they are “busy updating the store for you” and will be “back soon!”

What Is Christine Brown’s Job?

The reality star launched a legal business, CBrown Quest, LLC, on May 15, 2020, with the Arizona Corporation Commission. Christine, who split from Kody in November 2021, is also a LuLaRoe retailer and does Cameos, like Janelle, to stay in touch with her fans.

How Much Does the Cast of ‘Sister Wives’ Make on TLC?

While all of the ladies have side hustles, they definitely make the biggest chunk of their income from starring on Sister Wives.

The reality TV brood reportedly earns about 10 percent of the show’s per-episode budget, per CheatSheet. It is believed that the Browns have made around $3 million in total from filming since their series began in 2010, which equates to about $375,000 annually. 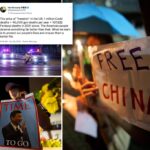 China rails against US as COVID protest crackdown continues 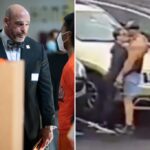