An Iranian-American businessman imprisoned in Tehran for nearly a decade is getting out on a temporary furlough, his lawyer said Saturday.

Siamak Namazi visited Iran in 2015 and was stopped when he tried to leave, then put under months of interrogation before he was arrested that October on charges of “collaboration with a hostile government.”

His father, Baquer Namazi, now 85, was lured to Iran in February 2016 under the false premise he’d be able to see his son, only to be arrested on the same charge and sentenced to 10 years in prison.

The US government has said the charges against the father and son are totally without merit.

“I am thrilled for the Namazi family that for the first time in seven years Siamak Namazi is sleeping at home with his family,” said Jared Genser, the family attorney.

It is not clear if Siamak, who is getting a one week, renewable furlough, will be able to stay out of prison indefinitely but the family is optimistic.

“This is a critical first step but of course, we will not rest until the entire family is able to return to the United States and their long nightmare is finally over,” Genser added. 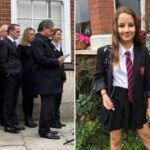 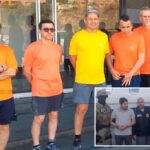