A California Highway Patrol captain was found dead in Tennessee over the weekend, just days after she was arrested on stalking charges and another man was jailed in connection to a possible murder-for-hire plot against her late husband.

Julie Harding, 49, was found dead from a single gunshot wound near the driveway of her Celina, Tenn., home on Saturday, KPIX reported.

Her death did not appear to be foul play, the Tennessee Bureau of Investigation told The Post on Wednesday. But the agency declined to provide further details on the manner of her death.

Harding’s death comes after she was arrested on Dec. 8 on criminal trespassing charges stemming from a series of complaints filed against her in October, the Rutherford County Sheriff’s Office said.

According to documents shared with The Post by the Murfreesboro Police Department, Harding was accused of harassing the woman who took custody of her dog after her husband, Michael Harding, was reported missing in September 2022.

Michael Harding was eventually found dead from multiple gunshot wounds in a vacant house in Cumberland County, Ky. His death is being investigated as a homicide by the Kentucky State Police, who did not immediately return The Post’s request for comment.

Sources close to KPIX told the outlet that investigators were zeroing in on a murder-for-hire plot orchestrated by Harding against her husband.

One day before Harding’s death, Thomas Francis O’Donnell was arrested by local authorities at Sacramento International Airport in connection to her husband’s death, KCRA 3 reported. Records show that O’Donnell is being held without bail pending extradition to Kentucky.

The Sacramento County Sheriff’s Office did not immediately reply to The Post’s request for comment. 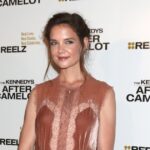 Katie Holmes’ Stylist Claps Back at Dress Over Jeans Backlash 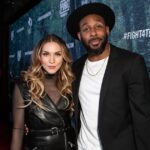