South Carolina officials destroyed the T-shirt Alex Murdaugh wore the night his wife and son were gunned down — making it impossible to challenge claims that it links him to the murders, according to his attorneys.

The disgraced 54-year-old legal scion’s legal team claimed in a 96-page filing Wednesday that contradictory claims about the shirt are at the heart of a “campaign of selective and deceptive leaks to convince the public that Murdaugh is guilty before he is tried.”

Prosecutors hired an unqualified expert, ex-cop Tom Bevel, “to opine that the white cotton T-shirt Mr. Murdaugh wore the night Maggie and Paul were murdered is stained with high-velocity blood spatter, most likely resulting from shooting Paul,” the filing states.

But Bevel’s first report “emphatically said the shirt contained no stains consistent with back spatter resulting from a gunshot,” attorneys Dick Harpootlian and Jim Griffin wrote.

“Yet for some reason, without any additional evidence he changed his opinion entirely after an in-person visit from lead [South Carolina Law Enforcement Division] SLED investigator David Owen,” they wrote.

After that, Bevel suddenly claimed “that the shirt has over 100 stains consistent with back spatter from a gunshot,” the filing said.

Murdaugh’s attorneys asked earlier this month to get the shirt for further testing at “an outside laboratory” — just to be told 13 days later that it was “destroyed,” the filing said.

Photos of the T-shirt showed it now almost completely blue, with sections also cut out.

“SLED elected to conduct its tests in a manner that would prevent anyone else from conducting subsequent tests,” they insisted — which “may well have happened in bad faith, but it could also be mere gross negligence.”

Either way, “neither the defense nor Mr. Bevel have been able to perform any tests on the shirt because the State destroyed it.”

Murdaugh’s legal team also noted that the disgraced lawyer had been the one to find his wife and son murdered near a dog kennel outside one of their homes on June 7 last year.

“The murder scene was gruesome; there was a large amount of blood on and around their bodies which transferred onto Mr. Murdaugh’s hands and clothing when he frantically checked them for signs of life,” they wrote of the high likelihood he would have blood or DNA on him.

“But the State needs blood spatter evidence because it is exceedingly difficult to explain how Mr. Murdaugh could have murdered Paul with multiple 12-gauge shotgun blasts at pointblank range in a small closet without getting at least some blood spattered on his shirt.

“After all, blood was spattered all over the closet door, walls and ceiling. So instead of accepting an honest exculpatory report, the State changed it to a false inculpatory report,” the filing said.

SLED Chief Mark Keel told The Post and Courier that his force was “reviewing the motion and will respond at the appropriate time.”

Murdaugh — a fourth-generation lawyer from a powerful Southern legal family — has pleaded not guilty to the slayings. His trial is set to start on Jan. 23.

As well as the double murders, he faces nearly 100 other charges ranging from money laundering to drug offenses to stealing from clients and trying to arrange his own death to get his surviving son a $10 million life insurance benefit.

Focus on the case quickly led to his shocking downfall, with him admitting to years-long drug addiction and stealing from his family law firm.

On Tuesday, a banker charged with helping Murdaugh take money from the legal settlements of clients was found guilty of wire and bank fraud charges in South Carolina.

Former Palmetto State Bank CEO Russell Laffitte was allowed to remain free on bail as he awaits sentencing at a later date. Each of the six charges he was convicted of in federal court carry a maximum sentence of up to 30 years in prison.

“None of this would have happened without Alex Murdaugh,” prosecutor Emily Limehouse had said in her closing statement.

SLED Chief Mark Keel told The Post and Courier that his force was “reviewing the motion and will respond at the appropriate time.” 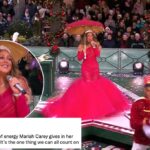 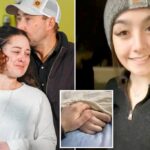 Paramedic unknowingly tried to save daughter’s life after crash