Arizona’s outgoing Republican Gov. Doug Ducey is pushing ahead with building a wall made out of shipping containers along the state’s border with Mexico — even as local authorities threaten to arrest him.

And in recent weeks, Ducey moved forward with a plan to send 3,000 containers to build a 10-mile wall in Cochise County — despite threats from federal and local authorities.

The containers had reached within six miles of Santa Cruz County, when its top lawman said over the weekend he would arrest anyone who tried to continue the construction across county lines.

“It’s not state land, it’s not private land, and the federal government has said this [is] illegal activity. So just the way if I saw somebody doing an assault or a homicide or a vehicle theft on public land within my county, I would charge that person with a crime.”

After spending about $6 million over the summer to erect a 3,800-foot makeshift wall with 130 containers over 11 days, the work was stopped by the US Bureau of Reclamation, which told the state it was illegally building on federal land.

Ducey, who leaves office next month, sued the feds over the order in October before plowing ahead with a much more ambitious jerry-rigged wall in the remote San Rafael Valley, which is not used by migrants and wasn’t considered as a part of Trump’s wall.

“Arizona is going to do the job that Joe Biden refuses to do — secure the border in any way we can.” Ducey said in October. “We’re not backing down.”

The governor maintained the state had sole or shared jurisdiction over the border, which he said he had the Constitutional right to protect from “imminent danger of criminal and humanitarian crises.”

By last week, cranes had already brought some 900 metal containers down a dirt road and stacked them along vehicle barriers of crisscrossed steel. The containers were bolted together and sheet metal was welded over gaps.

However gaps of up to three feet were visible in some parts of the wall, and the makeshift structures were climbable, photos showed.

Democratic Gov.-elect Katie Hobbs has called the project a waste of resources and said she was still deciding what to do with the containers after being sworn into office on Jan. 5.

“I don’t know how much it will cost to remove the containers and what the cost will be,” Hobbs told KAET on Wednesday.

She had previously suggested that the containers could be used to house the homeless and impoverished.

The boondoggle had also sparked environmental concerns, according to experts who said the containers could contaminate water systems and endanger wildlife.

“A lot of damage could be done here between now and early January,” said Russ McSpadden, a Southwest conservation advocate for the Center for Biological Diversity.

A modest group of environmental activists had slowed the expansion of the wall in Cochise County by camping out at the site and standing in front of construction vehicles in recent days.

The Center for Biological Diversity and other groups have said the construction could jeopardize endangered or threatened species and the Cocopah Indian Tribe has complained that Arizona did not get permission to build on its nearby reservation. 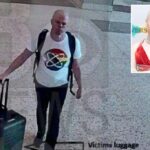 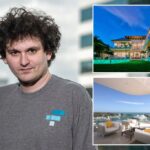