The father of the North Carolina woman who died at a Mexican resort believes his daughter was murdered in a preplanned attack.

Shanquella Robinson, 25, of Charlotte, was found dead on Oct. 29 in a San José del Cabo’s villa after she had traveled there with six friends, according to WBTV.

Robinson’s travel companions initially said her death was caused by alcohol poisoning, but a homicide investigation was launched after an autopsy found she suffered “severe spinal cord injury and atlas luxation,” an instability of the first two neck vertebrae, according to WSOC-TV.

The death certificate did not mention alcohol consumption as a factor in Robinson’s death, and a horrifying video that had been making the rounds on social media showed her being beaten inside the hotel room.

Her father Bernard Robinson told TMZ Saturday he believed the attack was a setup, because his daughter was not one to get involved in fights.

“They attacked her, man. This ain’t like some … my daughter was asleep man. For all them to be in that room and then, you know, they come in there like no she woke up or whatever, the way it seems like they attacked her, man,” an emotional Robinson told the outlet.

“And she naked man. You know, for a father… to see that video man, you know, cause my daughter’s not a fighter man, she’s not a fighter, not at all,” the grieving father said, speculating that his daughter was killed in a premeditated attack.

“For them to do what they did man, it just seems like they were plot… they couldn’t of did that over here, where her friends, you know all her friends are. You know, it wouldn’t have went down like that man,” he told the outlet.

“They just put a hole in my heart, man. That was my only child. I’m just heartbroken man,” he reportedly said through tears.

“I can’t even be a granddaddy. Can’t even walk her down the aisle man.”

On Thursday, the State Attorney General’s Office of Baja California Sur confirmed the autopsy results and said that “an investigation was initiated for femicide,” a hate crime where women are killed due to their gender, according to ABC News.

The FBI was reportedly investigating the homicide along with Mexican officials. No arrests had been made. 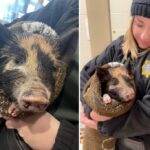 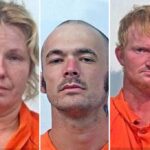