A California man has been busted for allegedly taking a 17-year-old boy’s money and threatening to post his sexually explicit photos and videos — a “sextortion” scheme that authorities said led to the teen’s suicide.

Jonathan Kassi, 25, was arrested Thursday in the Los Angeles neighborhood of Van Nuys before he was booked into Santa Clara County jail on charges of extortion and attempted disorderly conduct, San Jose police said.

Kassi allegedly pretended to be a teenage girl named “Emily Smith” in order to trick boys into sending sexually explicit photos and videos.

Police said he sexually exploited children on several social media platforms under fake accounts with the usernames “emillysmith” and “kassijonathan.”

Kassi was allegedly involved in the “sextortion” of Ryan Last, a 17-year-old from San Jose who died by suicide after Kassi allegedly posed as a teenage girl and convinced him to share a racy photo of himself online, according to NBC Bay Area.

After Last shared the photo, Kassi threatened to send the compromising photo to his friends and family unless Last paid $5,000. Kassi allegedly collected the blackmail money from the boys and sent it to a co-conspirator in Ivory Coast in Africa, police said.

According to police, Last sent some money but it wasn’t enough. Kassi demanded he send more money, spurring Last to take his own life last spring.

Last was just days away from turning 18 and weeks away from graduating from Ann Sobrato High School.

This week the FBI warned about a massive uptick in teenage boys being targeted online and extorted for money after being tricked into sending scammers sexually explicit pictures.

At least 3,000 children, mostly teenage boys, have been victims of the schemes that are connected to more than a dozen suicides this year, according to Justice Department officials.

Most victims are between 14 and 17, but kids as young as 10 have been targeted in similar attacks. The FBI said it was issuing the national public safety alert as children will likely be spending more time online with schools closed for winter break.

Kassi will make his first court appearance in Santa Clara County court on Monday to enter a plea. 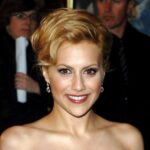 How Did Brittany Murphy Die? Her Cause of Death 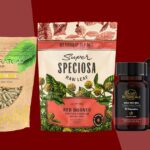 The Best Kratom Products for Sleep in 2023