Are you here for the boos? Because it’s officially hot ghoul Halloween!

It’s that time of year again: the weather is getting colder, the leaves are changing, and celebrities are donning a Halloween costume so sexy that even the ghosts and goblins are like, “Wait, hold up.”

From Kim Kardashian to Paris Hilton to Elvira herself, celebrities love a good excuse to dress up as the hotter version of something scary. (Or not, there are plenty of stars who opt to wear angel wings, such as Mariah Carey.)

In 2022, Hailey Bieber and Kylie Jenner went in full Wicked mode and painted their entire bodies with green paint as they dressed up as witches. Hailey shared a photo of the Kylie Cosmetics founder cuddled up next to a fake skeleton in a bathtub while still dressed in her extravagant makeup.

There are some costumes that people don’t even want to find attractive — and you will find those photos here, including Chrissy Teigen as celebrity chef Guy Fieri. Who knew Rihanna could pull off a Teenage Mutant Ninja Turtle so well? That’s four things Rihanna is not — she is neither a teenager, a mutant, a ninja nor a turtle. And she still nailed the look.

While it is hard to pinpoint the exact moment the shift from scary costumes to sexy costumes began — but it seems society has agreed to never go back to cutting holes in a sheet and being a ghost. (With the one exception of Lady Gaga wearing that exact costume in 2014. Spooky.)

“If ever there was a holiday that deserves to be commercialized, it’s Halloween,” Cassandra Peterson (aka Elvira) said. “We haven’t taken it away from kids. We’ve just expanded it so that the kid in adults can enjoy it, too.”

Horror itself is a fantasy, so why shouldn’t celebrities fulfill some fantasies about being, say, a sexy Marge Simpson as Emily Ratajkowski previously did.

“Halloween is the one night a year when a girl can dress like a total slut and no other girls can say anything about it,” a wise woman, Lindsay Lohan, once said while starring in Mean Girls. The 2004 film proved that anything goes, even being a sexy “mouse, duh.”

All of the celebrities below look absolutely gourdgeous, so be like Charlie Brown from It’s the Great Pumpkin, Charlie Brown and say, “I’ve got a rock…” hard crush on these stars.

Keep scrolling to see the sexiest Halloween costumes celebrities have ever worn. 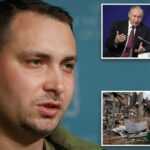 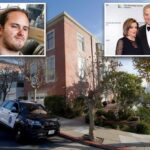 Paul Pelosi made 911 call from bathroom during break-in