Speaking her truth. Aubrey O’Day did not hold back while addressing her relationship with Jersey Shore star Paul “Pauly D” DelVecchio Jr., whom she dated from 2015 until 2018, in an exclusive interview with In Touch while promoting her upcoming new song, “Couple Goals.”

“I didn’t have sex after Pauly for three years,” Aubrey, 38, tells In Touch. “I started over-using sex in our relationship so that his d–k would be so tired, he wouldn’t go f–k girls on the weekends when he went to his events. I didn’t want him to cheat.”

Despite her tactics to keep the reality star from straying, the Between Two Evils artist alleges that Pauly, 42, slept with numerous women while they were together, noting that she would wake up early in the morning when he was getting ready to see if he was grooming his manly bits in the shower. “Because I knew if he was, he was making his d–k pretty for someone and it wasn’t me,” she claims. “That’s how bad it got. That’s how many girls.”

Aubrey also alleges that the MTV star would “gaslight me into feeling like I’m making these things up, girls are crazy and they’re just going to lie” before noting, “It was too consistent every weekend, same conversations. And if you’re not guilty then why are there parties happening where you take the girls’ cell phones at the door? Because there was never really any phone proof, but there was always something coming at me. I’ve never been in a relationship like that.”

For his part, Pauly has adamantly denied cheating on the singer. While filming the MTV dating show, Double Shot at Love, with his Jersey Shore costar Vinny Guadagnino a contestant named Holly brought up allegations that he had cheated on Aubrey at a club. “Oh, hell no. I don’t cheat … Our relationship was on and off, on and off, on and off,” he explained in April 2019, per Page Six. “When we were off, she did her thing. When I was off, I did my thing. I would never. No point. I don’t believe in that. I never cheated on any girlfriend I’ve had in my life.”

The former Danity Kane singer’s new single, “Couple Goals” – which is set to drop on Monday, November 21, with an accompanying censored nude music video – also touches on the pair’s tumultuous romance. The song marks the first time Aubrey touches on her tumultuous romance with the Rhode Island native in detail.

“I want them to know that it was toxic and also I loved him deeply,” she tells In Touch about what she wants fans to know about her former relationship with the DJ. “I also likely loved things that were superficial ideas that I had about wanting people to see me in this perfect relationship. Around that time, ‘couple goals’ was really a hashtag.”

The “Before I Drown” singer went on to say that she wanted the world to think she was in the perfect relationship, even though she claims Pauly didn’t do anything for her for Valentine’s Day one year. “I remember buying myself balloons and taking photos for Instagram as if he did something for me,” she says. “And people being like, I’m so jealous. Like, you guys have such a perfect life. And he was, like, off cheating. He didn’t even do anything.”

A rep for Pauly D did not immediately respond to In Touch’s request for comment. 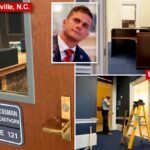 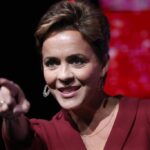