A strong cold front is charging across the eastern half of the U.S. this week and bringing a variety of hazardous weather, including severe thunderstorms, flooding rainfall, high winds and a dramatic temperature drop.

The severe storms traveled through cities such as Milwaukee and Nashville on Wednesday prompting Tornado Warnings.

Thousands were left without power and the National Weather Service office that covers southeast Wisconsin plans to survey damage on Thursday to determine how many tornadoes impacted the Badger State.

Milwaukee Mitchell International Airport clocked a wind gust of 59 mph as the storms rumbled across the city.

Fall is considered the second severe weather season, as it’s the time of year when cold air from Canada begins to spill south into the U.S. and clashes with warmer, more humid air streaming north from the Gulf of Mexico. This is exactly what the FOX Forecast Center expects will happen through Thursday.

The cold front will reach the eastern U.S. on Thursday, sending a line of thunderstorms across areas to the east of the Appalachians.

A few strong to severe storms are possible Thursday afternoon, mainly from central New York, the eastern half of Pennsylvania and western New Jersey southward into Delaware, Maryland and northern and central Virginia. This includes major cities along the Interstate 95 corridor such as Philadelphia, Baltimore and Washington.

Damaging wind gusts are the main threat in this region, but a brief tornado can’t be ruled out from eastern Pennsylvania to central Virginia.

“Although these thunderstorms are going to roll through Boston and New York, they shouldn’t have as high of a potential of producing those severe components,” FOX Weather meteorologist Britta Merwin said.

Flash flooding threat is greatest in the Northeast

In addition to the severe weather, the cold front will also produce areas of heavy rain as it tracks east through the end of the workweek.

Flash flooding will become a concern by Thursday when the heavy rain shifts to the Northeast, where moisture from the Gulf of Mexico and the Atlantic will team up and surge into the region ahead of the approaching cold front.

A widespread area of 1 to 3 inches of rain is possible across the Northeast, with localized amounts exceeding 3 inches not ruled out in parts of northern New England, upstate New York and northeastern Pennsylvania.

After the cold front moves through, high winds will rush in and accompany the dramatic temperature drop, making it feel even colder than what the thermometer reads.

Wind gusts could reach 40 to 50 mph in many areas, likely bringing down much of the remaining fall foliage. 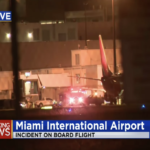 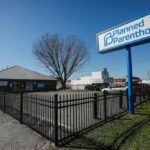