With two-and-a-half weeks to go before Election Day, polls and voting models indicate Republicans are on track to regain the majority in the evenly divided Senate as Americans turn on President Biden and the Democrats over the state of the economy.

Republicans need to win a net of just one seat to regain control of Congress’ upper chamber after two years on the outside looking in, despite having the same number of seats as the Democrats.

As of Friday, the website RealClearPolitics had the GOP flipping Senate races in three states into their column: Arizona, Georgia, and Nevada.

In the Grand Canyon State, the RealClearPolitics polling average has shown Democratic incumbent and former astronaut Mark Kelly in free fall. After leading Republican Blake Masters by an average of 6.2 percentage points in late September, Kelly’s average polling lead has dropped to 2.5% — and his average share of support has plummeted from 49.3% to 46.5%. With RCP saying the polls are underestimating Republicans by two percentage points, the race is a virtual toss-up heading into November.

In Georgia, Republican Herschel Walker appears to be recovering from the salacious abortion scandal that has roiled his campaign. RCP had incumbent Democrat Raphael Warnock leading by only 1 percentage point in its adjusted poll average as of Friday.

Twelve days ago, Warnock had opened up an average spread of 5.2 percentage points on Walker. Now, with both candidates averaging below 50% support — 47.6% for Warnock, 45.2% for Walker — Real Clear Politics predicts that the race will go to a runoff on Dec. 6. In that scenario, with Libertarian candidate Chase Oliver out of the race, RCP suggests the remaining voters will break heavily for Walker and put the former Heisman Trophy winner over the top.

In Nevada, Republican Adam Laxalt, the state’s former attorney general, has run ahead of Democratic Sen. Catherine Cortez Masto in the RCP average since mid-September. Laxalt’s current average lead stood at 1.2 percentage points as of Friday.

Meanwhile, Republicans are looking increasingly likely to defend their two most vulnerable open seats. In Ohio, Republican J.D. Vance has consistently polled ahead of Democratic Rep. Tim Ryan, and currently leads in the RCP average by 2.3 percentage points. And in the closely watched Pennsylvania Senate race, Republican Dr. Mehmet Oz is catching up fast to Democrat John Fetterman amid questions over the health of the commonwealth’s lieutenant governor.

“Was a bit skeptical of the GOP poll surge before, but I think the evidence for it is now pretty convincing,” Nate Silver, founder and editor in chief of FiveThirtyEight, tweeted on Friday, “and if anything I’m more bearish on Democratic chances than our model is.”

Silver’s latest statistical analysis of the Nov. 8 midterms gives Democrats a 58% chance of keeping control of the Senate, down from 71% just last month — and has a GOP sweep of both chambers (41%) as more likely than a split Congress (38%).

“[T]here’s been steady movement toward the GOP in our model over the past few weeks,” Silver wrote Friday, later adding: “[T]he forecast has moved in a predictable-seeming way, with a long, slow and steady climb toward Democrats over the summer, and now a consistent shift back toward Republicans.”

The GOP’s turnaround is also visible in national generic ballot polling. The RCP average shows Republicans leading by an average of 3.1 percentage points, their largest lead on the metric since mid-June — while FiveThirtyEight had Republicans narrowly in front in its generic polling average for the first time since early August.

The swing toward Republicans has tracked with the release of a series of polls showing Americans fearing for the state of their money.

A staggering 93% of registered voters said in a Morning Consult/Politico poll that they are “concerned” with inflation. That survey showed Democrats up 1 on the generic ballot, but a New York Times-Siena College poll, which put Republicans up 4, found that the economy and inflation were the most important issues to a combined 44% of likely voters.

Meanwhile, a Monmouth University poll found that just 31% of Americans agreed that Biden was “giving enough attention to the issues that are most important to your family,” with 85% calling inflation an “extremely” or “very” important matter for the government to address. That poll also showed Republicans up by 4% on the generic ballot. 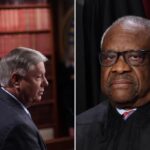 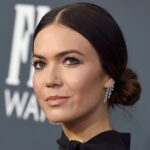