A prominent Republican senator said over the weekend she “wouldn’t be surprised” if a member of Congress were assassinated in today’s overwrought political environment, as a new report said that threats against lawmakers have increased tenfold between 2016 and 2021.

“I wouldn’t be surprised if a senator or House member were killed,” Sen. Susan Collins (R-Maine) told the New York Times in an interview published Saturday.

“What started with abusive phone calls is now translating into active threats of violence and real violence,” she added.

Threats against Collins herself escalated in 2018 when she announced that she would support the confirmation of Brett Kavanaugh to the Supreme Court despite allegations of sexual misconduct.

Shortly after, she received a written message that included video of a beheading.

The Times report, citing figures kept by US Capitol Police, noted that recorded threats against members of Congress increased tenfold to 9,625 in 2021, and that the department had opened 1,820 cases in the first three months of 2022.

The report noted that lawmakers from both parties have been stalked, had armed visitors show up at their homes and been victims of vandalism and assault since last year’s Capitol riot.

“The ‘death wish’ rhetoric is ugly even by Mr. Trump’s standards and deserves to be condemned. Mr. Trump’s apologists claim he merely meant Mr. McConnell has a political death wish, but that isn’t what he wrote. It’s all too easy to imagine some fanatic taking Mr. Trump seriously and literally, and attempting to kill Mr. McConnell,” the editorial said.

“Many supporters took Mr. Trump’s rhetoric about former Vice President Mike Pence all too seriously on Jan. 6,” it continued.

The Journal also raised Collins’ remarks about members of Congress being killed to remind readers that a “left-wing follower of Vermont Senator Bernie Sanders opened fire on Republican Members of Congress in 2017 and came close to killing Rep. Steve Scalise.”

The Times said it reviewed threats that resulted in indictments and found that more than a third were made by Republicans or Trump supporters against Democrats or those considered not loyal enough to the former president.

Roughly a quarter were made by Democrats against Republicans. Party affiliations couldn’t be determined in the remainder of cases.

The heated political rhetoric has lawmakers reaching into their official or campaign accounts to pay to bolster their security- – spending more than $6 million since the beginning of last year, the report said.

Rep. Liz Cheney, the Wyoming Republican who voted to impeach Trump and serves as vice chair of the House select committee investigating the Capitol riot, spent $70,000 on security since Jan. 6 of last year — more than any other House Republican.

In the upper chamber, Sen. Raphael Warnock (D-Ga.), one of three black senators, has paid nearly $900,000 for protection since taking office in 2021.

While congressional leaders have security details assigned to them, other members find it difficult to add to their protection despite constant threats.

The Times report said it took two years for Rep. Alexandria Ocasio-Cortez (D-NY) to get additional security from Capitol Police — and that didn’t happen until the department flagged a threatening tweet against her.

The Democrat said her office struggles to keep pace with the “astronomical” number of threats she gets every day, outstripping all other members except House Speaker Nancy Pelosi and Rep. Ilhan Omar (D-Minn.).

Ocasio-Cortez has spent more than $120,000 on security services since 2021, the Times report said.

Rep. Pramila Jayapal, the head of the Congressional Progressive Caucus, said she had to fight to get extra protection from the Capitol Police even after a man began showing up at her home in Washington state in April to shout obscenities, gunning his car’s engine and parking in her driveway.

“We sign up for a lot of things when we sign up for this job,” she told the Times. “But having someone show up to your door with a gun, scaring your neighbors, scaring your staff, and clearly trying to intimidate me — it’s hard to describe.”

Brett Forsell, 49, was arrested and police reports said he intended to get a semiautomatic assault rifle and continuing to return to Jayapal’s home until she “goes back to India.”

Forsell pleaded not guilty in August, but was ordered to pay $150,000 bail and be monitored by GPS to make sure he stayed away from Jayapal.

Jayapal now has round-the-clock protection, but she said it wasn’t easy.

“It took an enormous amount of pressure for me to feel like I was getting attention from Capitol Police,” she said.​

Rep. Marjorie Taylor Greene (R-Ga.), who proclaimed over the weekend at a Trump rally in Michigan that “Democrats want Republicans dead, and they have already started the killings,” reported that her home in Georgia was “swatted” after a person made fake suicide threats in August.

The two calls prompted law enforcement officers to show up at her home to investigate.

The local police department said they were in contact with the Capitol Police over the calls. 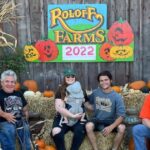 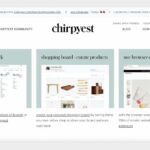 Why Chirpyest Is the Best Online Shopping Hack