WASHINGTON – Sen. Kyrsten Sinema (I-Ariz.) has filed paperwork to run for reelection as an independent in 2024 – one week after announcing she’d switched her political registration from Democrat and setting up a potential three-way showdown in a key battleground state.

Sinema, 46, has not formally announced her reelection run, and her office could not be immediately reached for comment. The filing was first reported by the Wall Street Journal.

The senator’s name did not immediately appear on a list of individuals who have filed statements of interest to run in the 2024 election on the website of the Arizona Secretary of State’s Office as of Friday afternoon. However, a candidate profile on the Federal Election Commission website listed Sinema as an independent.

The senator made headlines last week when she announced she was leaving the Democratic Party, writing in an editorial in the Arizona Republic that she “never fit perfectly in either national party.”

“Everyday Americans are increasingly left behind by national parties’ rigid partisanship, which has hardened in recent years,” Sinema wrote. “Pressures in both parties pull leaders to the edges, allowing the loudest, most extreme voices to determine their respective parties’ priorities and expecting the rest of us to fall in line.”

Just two potential candidates – Republicans Liz Harris and George Nicholson – have filed statements of interest to run in the 2024 primaries for the Senate seat as of Thursday, according to the Arizona Secretary of State’s Office.

As an independent, Sinema would not have to run in a primary election, which is required only for Republican and Democratic candidates, according to Arizona law.

Though she has switched parties, Sinema in the editorial promised not to change the manner in which she has voted during her first four years in office.

“When I ran for the US House and the Senate, I promised Arizonans something different,” the senator said. “I pledged to be independent and work with anyone to achieve lasting results.”

“I work proudly with senators in both parties who have similarly rejected political extremes and forged consensus, helping drain some of the poison from today’s politics,” she added. 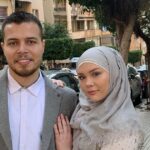 Are Avery Mills and Omar Albakkour Still Together? 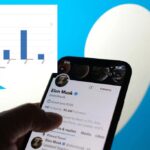