If you’re in the market for a used bike frame or secondhand high-heels, Arizona’s newly independent Sen. Kyrsten Sinema might be able to give you a deal.

An Arizona reporter confirmed a story first reported in Slate on Thursday that claimed the senator is not-so-secretly hawking several items on Facebook Marketplace, ranging from a $25 trucker hat to a $500 bicycle travel case.

Sinema’s side hustle has been somewhat lucrative, with Slate reporting that a Facebook account purported to be that of the senator’s has offloaded a treadmill for $600 and a road-bike frame for $3,500, among other items.

While Slate couldn’t confirm the actual identity of an account belonging to “Kyrsten Sinema,” a five-star rated seller on Facebook Marketplace, an Arizona reporter said on Friday that it is indeed one that belongs to the independent lawmaker.

Jim Small, a journalist with the AZ Mirror, wrote that he’s been Facebook friends with Sinema “for some 15 or so years” and that he can see “every piece of clothing and equipment” listed in the Slate story being sold by the senator.

“In all, she’s listed 84 items on Facebook Marketplace,” according to Small, who said he has covered Sinema since her time in the Arizona House of Representatives, which she was elected to in 2004.

Slate notes that it doesn’t appear Sinema is trading off her job title to markup the price of the items she’s selling, with most items appearing to be “reasonably priced.”

The news outlet also reported that it doesn’t appear the items sold by Sinema come anywhere near the Senate’s earned outside income limit of $29,895.

For anyone hoping to meet the former Democratic senator, it doesn’t appear that she’ll personally hand you whatever you purchase.

When the Slate reporter purchased a pair of heels Sinema listed for sale, she messaged back and forth with the senator through Facebook and was directed to pick them up at the front desk of her Arizona apartment building. 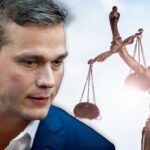 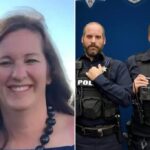