Speaking at an event in Carlsbad, Calif., Friday to promote the Democratic Party’s achievements heading into the midterms, Biden suggested coal plants would soon be extinct, the Washington Post reported.

“No one is building new coal plants, because they can’t rely on it, even if they have all the coal guaranteed for the rest of their existence of the plant. So it’s going to become a wind generation,” said Biden.

Manchin on Saturday ripped Biden’s comments as “outrageous and divorced from reality” and demanded he apologize to coal workers.

“Being cavalier about the loss of coal jobs for men and women in West Virginia and across the country who literally put their lives on the line to help build and power this country is offensive and disgusting,” the Democratic pol said.

Shortly after, White House press secretary Karine Jean-Pierre issued a statement claiming Biden’s words were taken out of context and that the president has no desire to put even more Americans out of work.

“President Biden knows that the men and women of coal country built this nation: they powered its steel mills and factories, kept its homes and schools and offices warm,” Jean-Pierre said. “They made this the most productive and powerful nation on Earth.”

The schism between both powerhouse Democrats is unwelcome news heading into Election Day where the party is in danger lose control of House.

Both Biden and Manchin are up for re-election in two years. 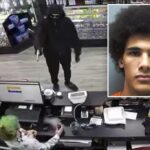 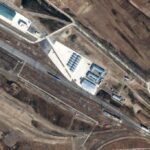