Sen. Cory Booker went to bat for convicted fraudster Elizabeth Holmes, writing the judge in her case that he believes she had a “sincere desire to help others.”

In the letter to Judge Edward J. Davila, the New Jersey Democrat said he bonded with Holmes, a fellow vegan, over a bag of almonds at an event hosted by the late GOP Sen. John McCain, Fox News reported.

“In the years since, I’ve always been struck by the way our conversations focused on her desires to make a positive impact on the world,” Booker wrote.

“I believe that Ms. Holmes has within her a sincere desire to help others, to be of meaningful service, and possesses the capacity to redeem herself,” he added, the New York Times reported.

Booker was one of more than 100 people who wrote to Davila, urging the judge to go easy on the scammer in his sentencing in federal court Friday.

Holmes faces a maximum of 20 years in prison after her conviction on wire fraud and other charges related to her fraudulent company Theranos, which claimed it could run accurate tests using a single drop of blood.

The company raised nearly $100 million from investors and was valued at $9 billion.

Prosecutors, who are seeking a 15-year sentence for Holmes, charged she is a vicious manipulator who falsified documents, lied to the media and intimidated employees who wanted to expose her – all while raking in ill-gotten cash and spending lavishly.

Before the truth was revealed and she was charged by federal prosecutors, Holmes hobnobbed with politicians, including then-Vice President Joe Biden.

Holmes, who is pregnant with her second child, was photographed Friday morning walking into the California courthouse where she’ll face sentencing.

Her attorneys have requested she be sentenced to 18 months of home confinement. 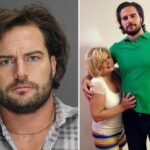 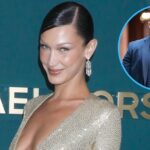