Senate Majority Leader Chuck Schumer said Sunday he wants almost $300 million in federal funding to fight “rainbow fentanyl” — highly-addictive pills that look like candy and could have a devastating effect on young people.

The $290 million in funds would be used to sustain 61 Overdose Response Strategy teams that would help try to curb fentanyl, including the new “rainbow” kind, the New York Democrat said at a press conference.

“This is fentanyl, this is a Sweetart — you tell me the difference,” Schumer said while holding up pictures of both the deadly pills and the tangy sweets. “Halloween is coming up… this is really worrisome and really dangerous.”

Schumer said he would make the push this week as part of a must-pass funding bill to keep the government running.

“Our drug dealers will stop at nothing, and are now giving this evil drug the morbid moniker of ‘Rainbow.’ It’s gross, it’s disgusting,” he said.

The colorful pills have been around for at least six months, according to Schumer, who noted that 107,000 Americans died of drug overdoses in 2021, 71,238 of which came from fentanyl. The synthetic opioid can be 50 to 100 times more lethal than morphine, and there has been an 80% increase in fentanyl deaths in the past two years, according to the Centers for Disease Control and Prevention.

“We know that one of these pills can kill. That’s black and white, not rainbow,” he said. “You can ask police officers, you can ask doctors, you can ask health professionals — all of them have this vantage point that this is one of the biggest health threats today.”

The Drug Enforcement Agency said in August that rainbow fentanyl  “appears to be a new method used by drug cartels to sell…deadly fentanyl made to look like candy to children and young people.”

The DEA said the “brightly colored fentanyl is being seized in multiple forms, including pills, powder, and blocks that resembles sidewalk chalk” and has been found in 18 states.

The Justice Department charged two men from Maryland last week with trafficking rainbow fentanyl in Skittles and Nerds containers. The men allegedly met an undercover DEA agent and tried to sell him around 15,000 pills laced with the deadly substance, reports said.

There’s no evidence, however, that the pills were created specifically to target kids, or that any youngsters have mistaken the drugs for candy.

“Colored fentanyl pills have been around for a few years,” Joseph Palamar, an associate professor in the Department of Population Health at NYU Langone Health, told CNN. “Typically, they’ve been blue pills labeled ‘M30’ to counterfeit oxycodone, which is a much weaker opioid.”

Palamar said he doesn’t “think the color of the pills greatly increases danger to people who don’t use fentanyl, but there is always a possibility of someone who uses fentanyl leaving their pills around in the reach of children.” 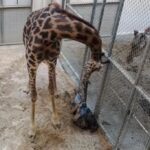 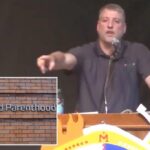