Clarifying her statement. Selena Gomez seemingly responded to former friend Francia Raisa’s since-deleted comment to her recent quotes detailing that Taylor Swift was her “only friend in the industry.”

“Sorry I didn’t mention every friend I know,” the “Lose You to Love Me” singer, 30, wrote in the comment section of a TikTok video on Sunday, November 6.

Selena’s response follows her recent interview with Rolling Stone where she called the country music star her “only friend in the industry.” Francia, who’s been close with Selena since 2007, seemingly responded to the “Baila Conmigo” artist’s quote under an Instagram post shared by E!.

“Interesting,” she wrote in a since-deleted comment captured by Pop Crave.

The Secret Life of the American Teenager actress famously donated a kidney to Selena — who suffers from lupus — in 2017. Fans immediately took to the comment section to speculate on the tense exchange between the long-time friends.

“If I gave one of MY OWN BODILY ORGANS, I best be the first name to pop out in your mouth when the word friend is brought up in any capacity,” one observer commented under the post. Another user wrote, “Imagine fighting with someone who gave you their kidney.”

However, other viewers shared a more optimistic view on the exchange, hinting at Selena’s choice of using the word “industry” — pointing out that the singer could’ve been specifically talking about friends in the music scene.

“I don‘t know why Francia commented it in the first place,” one user defended the songstress. “Selena stated that Tay was her only friend in the INDUSTRY and Francia ain‘t in that industry. And also to start it publicly on social media is sad considering their friendship.”

While the pair no longer follow each other on social media, Francia was in attendance for Selena’s 30th birthday in July alongside famous friends, Camila Cabello, Miley Cyrus and Billie Eilish.

Selena began her friendship with the “Bad Blood’ singer in 2009 when they were dating Nick Jonas and Joe Jonas respectively and have called their connection the “best thing” they got out of those relationships.

​​”It was amazing because she was the girl with the big curly hair and all the bracelets and the cowboy boots,” the former Disney star said in a 2017 interview with KISS FM U.K. “And I was definitely up-and-coming, and we just clicked.” 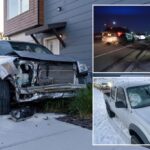 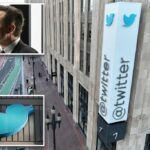