It’s no secret that Selena Gomez and Justin Bieber‘s previous relationship was full of ups and downs, to say the least. The “I Love You Like a Love Song” singer released her first studio album, Rare, in nearly five years in January 2020, and she didn’t shy away from describing her romance with the Canada native. For instance, Selena’s song “Lose You to Love Me” — which was released in October 2019 — had fans wondering if she was talking about her ex. “We’d always go into it blindly / I needed to lose you to find me / This dance, it was killing me softly / I needed to hate you to love me, yeah,” she sings. After Selena and Justin parted ways, he quickly moved on with Hailey Baldwin, whom he ended up marrying in September 2018. This is hardly the first time Justin and Selena have referenced their romance, though. Remember “Sorry” or “Same Old Love”? Well, those were both about their time together. Even though the singers called it quits, they gave us some good tunes to listen to when we’re going through a similar situation.

Following the split, Selena had some time to reflect on her past and alluded to her past love on the 2020 album. However, there are a couple of tracks including “Dance Again” and “Vulnerable” where she revealed she was open to finding love again.

For now, the Disney alum is in a great place in her life. “Selena’s feeling more confident than ever before, and with the help of therapy, [she] has learned not to conform to Hollywood or change herself to fit in,” an insider told Life & Style. “While she loves fashion and getting dressed up, she’s equally as comfortable being seen out wearing no makeup.”

While their romance has been over for years, the “Baby” singer’s relationship with Selena is still a popular topic among fans.

During an appearance on the September 28 episode of the “Call Her Daddy” podcast, Hailey opened up about the timeline of her relationship with Justin and responded to claims that she “stole” him from Selena. The former couple officially called it quits in March 2018, while Justin and Hailey became engaged soon after in July.

The model insisted that she “was never in a relationship with him when he was with anybody” and that it’s “not [her] character to mess with someone’s relationship.”

Hailey went on to explain that Justin had “closed a chapter” with Selena before he proposed.

“I think it was the best thing that could have happened for him to move on and be engaged and get married and move on with his life in that way,” she told host Alexandra Cooper. “I know what was going on when we got back together and I know what had to happen for that to come back together in a healthy way.”

She then praised her husband for making a “mature, healthy decision” when it came to ending his romance with the Wizards of Waverly Place alum.

“I would never want to get into a relationship and get engaged and be married to them and think in the back of my mind, ‘I wonder if that was really, like, closed for you,’” Hailey continued. “I know for a fact that we were able to get back together was because it was very much completely closed.”

The Arizona native concluded the topic by stating that she and Justin have “moved on from any type of drama” with Selena. ​​“I don’t want to stir anything up or bring anything up,” she said. “[Fans] wish he ended up with someone else and that’s fine. You can wish that all you want, but that’s just not the case.”

Scroll below to see the decoded song lyrics potentially inspired by Justin and Selena’s lost love. 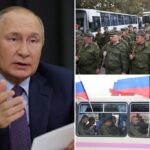 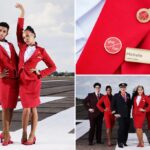