Seeking Sister Wife star Dannielle Merrifield clapped back at a troll who questioned her and husband Garrick Merrifield’s polygamist lifestyle.

“Garrick and I are not ‘legally’ married. What it is about is the heart,” the reality TV personality, 34, shot back in response to a fan who said her marriage was something “no one” wants.

“Garrick is committed as a husband. He does not take intimacy lightly. What makes someone married before God is having sex. You are flesh and married. Marriage has never been a document,” Dannielle continued.

The TLC alum’s clap back comes after she took to Instagram to praise her partner as she snapped a candid photo of her beau kneeling to pray.

“Look for a man who loves the Lord and seeks him daily. Garrick is a man that fears the Lord,” Dannielle wrote alongside a carousel of photos. “He has a true heart after God. When a man puts God first he will lead you and your children in true righteousness.”

Her caption hit a nerve with viewers as trolls were quick to come for Dannielle and her marriage under the post. “I promise you, literally no one looks at your husband and thinks, ‘This is what I want in my life,’” one observer wrote.

Another user added, “Except when he uses the Lord as an excuse to put you second and nail other women.”

In an additional slide, Garrick, 38, posed alongside a cityscape that fans speculated as Brazil in the comment section. Only three days prior, the business owner shared via his own Instagram page that the pair were traveling, without directly labeling their destination.

Following the pair’s split from sister wife Roberta “Bert” Pache on season 4 of the series, Garrick and Dannielle revealed they had since moved on and planned on meeting a new Brazilian woman in Mexico this year.

The Merrifields were formally a monogamous couple for 11 years, however in the last four years, decided to live a plural lifestyle. After the pair met Bert in season 3, Dannielle and Garrick divorced, as it was the only way for the Brazil native to enter the United States legally. When the couple returned for season 4, Roberta’s visa had been approved but the couple was playing the “waiting game” as the South America native pushed back her travel date due to the ailing health of her mother.

During that time, Garrick and Dannielle announced their intentions to add to their family and began courting another wife as they waited for Roberta’s arrival.

While Roberta was open to the addition of another wife to their family, the relationship hit a breaking point when she learned Garrick shared a kiss on a date with a potential sister wife named Lea.

On the season 4 finale, which aired in September, Garrick and Dannielle received an unexpected text message from Roberta ending their relationship.

“I can’t feel the same as before. Everything that took me by surprise, I was left feeling excluded, feeling like nothing,” Roberta’s text message read. “It was so humiliating for me, all asking how I was feeling, finding out that Garrick and Lea went beyond just conversation and dinner. After that day, I kept thinking that everything we had that was most beautiful, special and pure has broken a piece and is hurting too much, sister.” 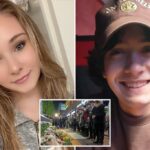 US college students among victims in Seoul Halloween stampede 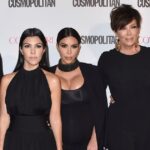