Unique love lives. TLC is helping a new cast find ​second or third spouses in polyandrous relationships in the upcoming series, Seeking Brother Husband. Keep scrolling to find out what the show is about, meet the cast, when it premieres and more.

What Is ‘Seeking Brother Husband’ About?

Seeking Brother Husband follows four polyandrous relationships as they look to find husbands to add to their families.

While the new show is different than Sister Wives and Seeking Sister Wife, Seeking Brother Husband is not the network’s first show about polyandry.

Brother Husbands previously aired on TLC in 2017, which documented the lives of Amanda Stone, her first husband, Chad, and her second husband, Jeremy. The family has five children, who were all raised together as siblings.

Who Is In the Cast of ‘Seeking Brother Husband’?

The cast is made up of four couples that are at different stages of their relationships and search to find new husbands. Fans will be able to watch the ups and downs as the cast navigates the life-changing decisions of expanding their families, as well as testing their own boundaries.

The network’s official synopsis explains that one couple begins their journey of finding a new husband for the first time. Meanwhile, another couple is on the hunt to add a second husband to their family. The wife in the third couple is searching to add a third husband into the mix, while the fourth relationship will deal with discussing heavy conversations including who will be the biological father of their child.

What Happens in the First Trailer for ‘Seeking Brother Husband’?

The first trailer for the new reality show was released on Sunday, January 8.

The clip began with one of the wives explaining that “polyandry is the practice of one woman having multiple husbands, but those husbands cannot have any other partners.”

“There’s definitely a double standard when a female has multiple partners,” another woman said in a confessional alongside her husband. “It’s, ‘Oh my god, she’s such a slut, she sleeps around.’”

As the clip continues, the couples have tough conversations as they discuss their comfort levels.

“To do this lifestyle successfully, you have to be willing to go outside of your own comfort zones,” one star explained.

One woman explained that she isn’t in a polyandrous relationship simply to have sex with other men.

The trailer concludes with the cast having uncomfortable conversation, including judgment from their families and arguments over house hunting.

When Does ‘Seeking Brother Husband’ Premiere?

Seeking Brother Husband premieres on TLC in March 2023. The exact premiere date and time has not yet been revealed. 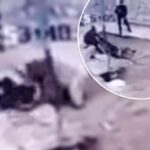 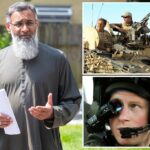