Nothing can dim their light! The 90 Day Fiancé franchise has become a regular staple in reality TV, leading several TLC alums to become stars in their own right.

While some of the fan-favorites continue to appear on the spinoffs like 90 Day Fiancé: What Now, 90 Day Fiancé: Happily Ever After? and more, others have ditched the small screen and unveiled their incredible glow-ups on social media.

Anfisa Nava (née Arkhipchenko) revealed she was walking away from the series in 2018 amid her now-ex-husband Jorge Nava’s prison stint, telling her followers on Instagram they were “done” appearing on the show documenting a variety of long-distance relationships and cultural differences. In December, she spoke more about her decision to focus on other career pursuits.

“I know that many of you started following me on social media after seeing #90DayFiance and you just want to see me post pictures with Jorge and talk about our relationship,” Anfisa began on Instagram.

“Well, I’m just letting you know that I’m going in a different direction now, I’m not a part of #90DayFiance, so if you don’t want to see anything other than #90DayFiance related stuff and you want to keep commenting nasty things under my pictures, please unfollow me and move on,” the Russia native added. She has since become a certified personal trainer and award-winning bodybuilder.

In September 2020, Larissa Dos Santos Lima announced her time on the show was also coming to an end — but not exactly on her terms. “I want to make a statement for you. I am no longer a cast member of the show 90 Day Fiancé. Because of my show with CamSoda, I was released from my contract with TLC by phone the day before ICE arrested me,” the Brazilian-born star wrote following her plastic surgery transformation and one-hour show on the adult webcam site.

“I will continue producing content for my official channels on Instagram, OnlyFans and YouTube,” the mom of two told fans about her upcoming business ventures. “Thanks for your understanding, love and attention.”

Other stars on the franchise opted to enhance their appearances after going through tough breakups, life changes or simply to boost their confidence.

Scroll through the gallery below to see the 90 Day Fiancé glow-ups! 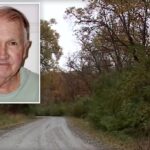 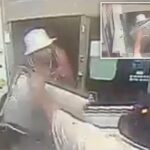